Posted at 15:25h in Uncategorized by Sara Causey 0 Comments 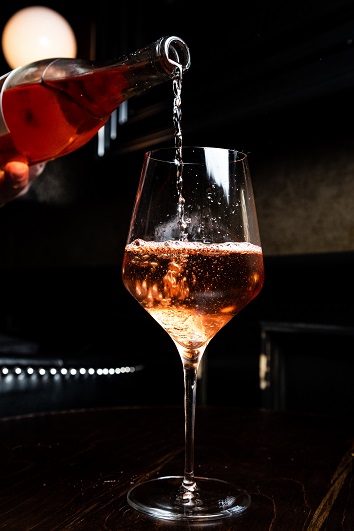 Photo by Kevin Kelly on Unsplash.

“‘The punchbowl can’t be sipped from for forever,’ [George] Ball said, invoking the famous metaphor coined by former Fed chair William McChesney Martin, who served from 1951 to 1970.”
–https://fortune.com/2022/05/22/why-crypto-tech-stocks-crash-recession-dotcom-bubble/

Wow. I guess I didn’t realize we were sipping from a giant punchbowl.

Over the weekend, I read an article on Fortune harkening back to the dot com bust. Are we headed in the same direction now? A couple of cursory thoughts:

The comment about the punchbowl tells you the snooty thinking we’re dealing with here. I understand that since the article in Fortune talks about crypto, yes, there have been people who made absolute sh*tloads of money by investing in crypto. So the argument could be made, “This isn’t about John and Jane Doe just trying to make ends meet being likened to drinking from the posh punchbowl. This is about someone who made crazy money in a short window of time betting on crypto.” Perhaps. But it does tickle my ear as a relative of workplace feudalism. Drinking from the punchbowl sounds like a stock market version of “let them eat cake.” I’m just sayin.

Something seems to be brewing. Whether we’re headed towards another 2008-2010 situation or another dot com bust, the pendulum is swinging in a different direction.

“‘There’s a very strong similarity between the dot-com crash and the bear market that we’re experiencing today,’ George Ball, the chairman of Sanders Morris Harris, a Houston-based investment firm that manages $4.9 billion, told Fortune. ‘You would have thought that investors, broadly, professional or retail, would have learned their lesson in 2000. And yet, something eerily alike has happened.’

And, of course, what followed the dot-com bubble bursting was a short but painful recession. Is that where markets are headed now?”
–https://fortune.com/2022/05/22/why-crypto-tech-stocks-crash-recession-dotcom-bubble/

Learning from past mistakes may be too much to ask. When we look at the maps of the inflated prices in the housing market for March 2007 and March 2022, they are virtually identical.

“Take the example of Priceline. In 1999, the online travel agency became an overnight success, going public just over a year after its founding. The company quickly racked up $142 million in losses in its first few quarters in business after spending millions on advertising using Star Trek star William Shatner, but that didn’t matter to investors.

All they wanted was a piece of rapid growth from a company that was set to make travel agents a thing of the past. Shares soared from the $96 IPO price (adjusted for a six-to-one reverse stock split) to nearly $1000 at one point, but when the market turned, the stock fell 99% to a low of just $6.60 by October 2002.

For a parallel today, consider Peloton. The workout bike maker became a work-from-home darling during the pandemic, causing its stock to soar over 600% from March to December 2020, even as it posted consistent losses. Of course, the stock eventually cracked, with shares falling over 90% from their record high as investors reconsidered whether the workout bike company was really worth nearly $50 billion (its peak market cap).” (emphasis mine)

From an HR perspective, it’s important to do your own research if you’re looking at making a change. The story about Peloton is a good example. A stock that shot up more than 600% but the company is posting consistent losses. In February of this year, 2800 employees were laid-off and the CEO stepped down. When you’re on the job market, caveat emptor as best you can. The cliches are true: not all that glitters is gold and if something seems too good to be true, it probably is. With that said, yes, I do understand there are times we must do what the crisis demands. We may have to take a job for the income and then continue to discreetly look for better options. I get it. But when you are looking for that better option, try to determine if it truly is a better option. Not just a chance to go from the frying pan to the furnace… or from one frying pan to another one.

“‘What I fear is that there are a couple of differences with 2000 that are more serious. One of them is that the 2000 crash was exclusively in US stocks, bonds were great, the yields were terrific, housing was cheap [and] commodities were well behaved,’ [Jeremy] Grantham said, noting that 2000 ‘was paradise’ compared to now.

The legendary investor added that today, on the other hand, the bond market recently hit the ‘lowest lows in 6,000 years of history.’ Additionally, energy, metal, and food prices are soaring, and the housing market is showing signs of cooling, which could present serious problems for the economy.”

Yikes. As I’ve written before, preparation is better than panic. IMO, the fact that you are here today reading this blog post tells me you are ahead of the curve.

At the end of the Fortune article, we read:

“‘I think, simply, with the long passage of high rates of growth and prosperity and GDP gains, we’re entitled to a recession. The popping of the bubble will create an awareness of reason and logic that a cold shower brings about,’ he (George Ball) said.”

I believe we will see a similar phenomenon play out in the job market. To some degree, we have witnessed the initial warning shots of this with layoffs, hiring freezes, and rescinded offers. Some companies duplicated positions and hired candidates at salary rates they knew they could not sustain. Sounds familiar, doesn’t it? Kinda like investors paying crazy amounts for over-inflated stock. Just to be totally and unmistakably clear: I do not blame candidates for trying to get the best salary possible. I’m old enough to remember when you had to basically grovel to the hiring manager and act like the world’s biggest butt-kisser to even get a job at all. So I 100% understand why the younger generations said, “Hell no!”

Now we’re at an impasse. There are companies with bloated departments they can’t sustain and a payroll they can’t afford. Something will have to give. I hope I am wrong on this, but I think we’ll be in for a long hot summer followed by a winter of discontent. Stay aware of the markets. Keep an eye out for what’s happening in the economy. Listen within the company you’re working for. Sometimes workers get totally caught off-guard and other times there are warning signs ahead of a layoff. Be vigilant but not paranoid. Prepared but not panicked.