17 May Preparation, not panic

Posted at 14:59h in Uncategorized by Sara Causey 2 Comments 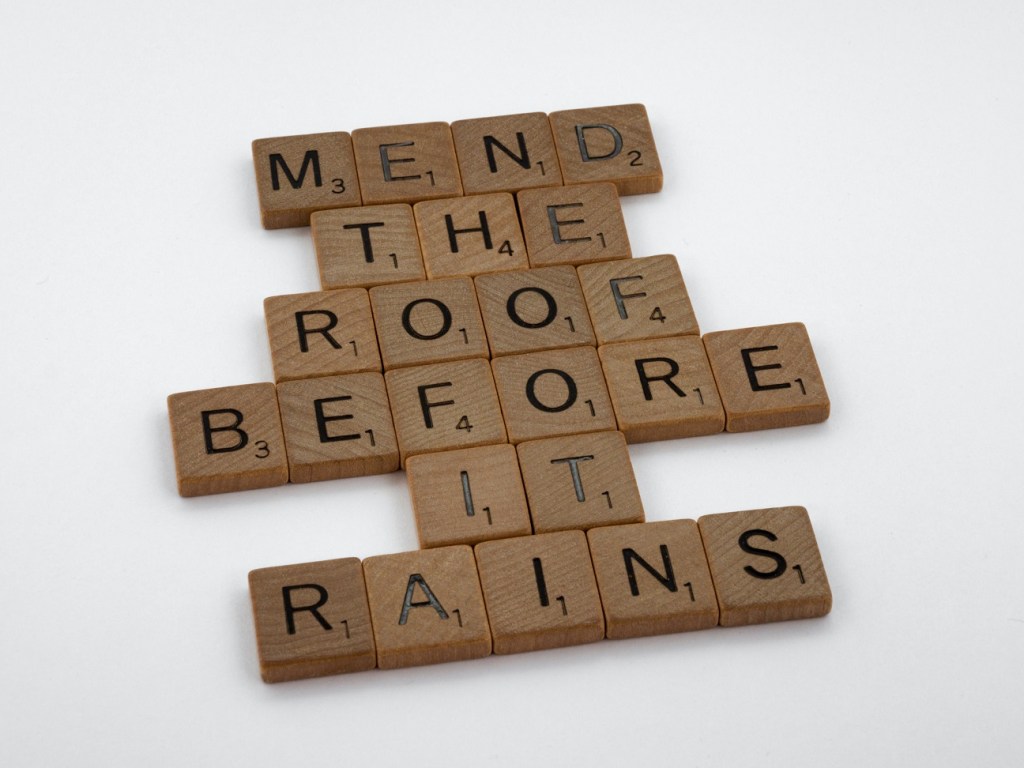 Photo by Brett Jordan on Unsplash

I once worked with a client company that had a manager on staff they referred to as Chicken Little. (Not ever to his face, as far as I know.) He had a reputation for panicking and treating everything that happened as a major emergency. He was well-liked and a lot of people commented on what a pleasant personality he had… he just had the tendency to annoy everyone because of his “the sky is falling” mentality. He also created extra work for himself because of his intense behavior and constant worrying.

Based on my observations, the market is in a state of flux. I recently spoke with a friend who’s been involved in HR for 20 years and he remarked, “This is the strangest job market I’ve ever seen.” And I agree!

It’s not just the job market. The housing market and stock markets are crazy, too. There’s an interesting article I read over the weekend on Benzinga: https://www.benzinga.com/media/22/05/27206984/musk-on-housing-bubble-burst-they-dug-their-own-graves-a-lesson-we-should-all-take-to-heart. Elon Musk chimes in with his thoughts on the housing market and the craziness we’ve all witnessed: 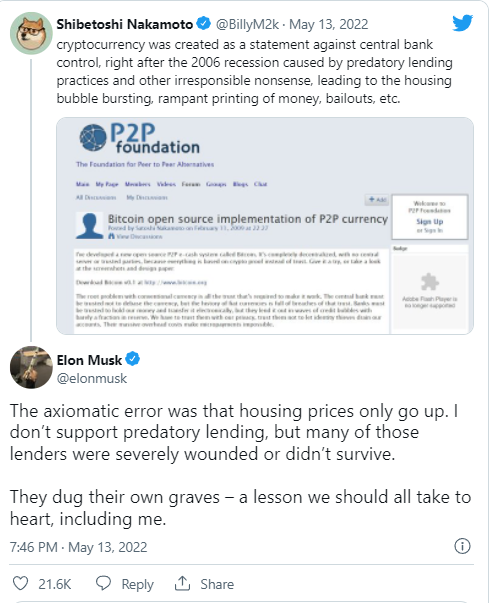 👏🏻 I am so glad he’s a calling this out. I can’t tell you how many sketchy realtors have told me, “Hmmph, well, everyone knows housing prices only go up. And houses here in the Midwest are always gonna hold their value.”

Yeah, sure, of course. Except that’s bullsh*t and I’m glad we have a figure as prominent as Musk telling people.

From the Benzinga article:

“Why It’s Important: The housing market collapse of 2006 that followed a bubble was triggered by a combination of predatory lending practices and financially engineered products such as subprime loans that left borrowers saddled with unaffordable mortgages. This led to a foreclosure crisis among homeowners and credit crises among those who held bonds backed by defaulted mortgages. The collapse of Lehman brother and the global recession that ensued are all the handiwork of the housing collapse.”

I bought a foreclosure home back in 2007. It was all I could afford. Prior to that, the prices were high and the lending practices were insane. I find it hard to believe that we won’t see a similar bubble burst again. You have people buying houses that are way, way, way overpriced without asking the question, “WTF would I do if I lost my job? If a recession hits and unemployment goes up, what would I do?” I guess if someone paid cash and didn’t take out a mortgage and they can afford the property taxes and insurance even without a job, cool beans. But I truly doubt that’s the situation for most people who got real estate fever over the past year or two. I hope I’m wrong about that, but I doubt it.

“Tech is hitting the brakes on hiring even as other industries keep adding jobs” –https://www.cnbc.com/2022/05/11/tech-layoffs-hiring-slowdown-stand-out-in-red-hot-job-market.html

“Facebook parent company Meta is pausing hiring and scaling down some recruitment plans, Insider reported last week based on an internal memo it had viewed. ‘We regularly re-evaluate our talent pipeline according to our business needs and in light of the expense guidance given for this earnings period, we are slowing its growth accordingly,’ a spokesperson confirmed to CNBC.

Amazon’s CFO told analysts on the company’s earnings call that its warehouses have become ‘overstaffed,’ following a large hiring spree during widespread lockdowns that drove consumers more and more to online shopping.”

Also from the same:

“If layoffs in the tech sector become more common, that could have effects across the broader economy, [Daniil] Manaenkov said. Without government stimulus, laid-off tech workers may cut back on their discretionary spending, which could contribute to a wider market slowdown.” (emphasis mine)

So what do we do with all of this?

My general thought: prepare but don’t panic. As with the Chicken Little manager, we can cause more harm than good if we run around in a state of fear. There could be some sudden turn-around. Some major shift could happen that no one saw coming and keep us out of a recession. I am skeptical of that, but it is certainly possible. From an HR perspective, I think we will continue to see a contraction. Companies going on hiring freezes, some laying off, and so on. Just as some buyers succumbed to FOMO and overpaid for houses, some companies did the same thing during The Great Resignation. They were facing an incredibly challenging job market and felt like they needed to hire by any means necessary. To its credit, the CNBC article touches on this point:

“‘People have to look at how much they’ve grown in the last, two, three, four years because of Covid,’ [Terry] Kramer said. ‘If they’re growing at 30, 40% and then they go down to zero to 5% growth, they’re still growing and they’ve already hired so many people.'”

At a growth rate of 0 to 5%, there isn’t as much of an aggressive need. That said, I would argue it is still very important to keep the top of your hiring funnel full with the right candidates. Whenever a company gets busy, that is the easiest thing to neglect. Even at a slower growth rate, it’s crucial to hire great people and ensure your hiring funnel is performing as it should. Companies that slam the door shut and turn off their job postings will have a tough time down the road. What goes up must come down. What goes down will rebound again. We know this.

IMHO, one of the best ways to prepare is to not get caught by surprise. Living in a land of gumdrops and lollipops where recessions and layoffs never happen is a fool’s paradise. Stay alert. Keep an eye on the market. Draw up a game plan of what you would need to do to survive a downturn. Talk with a professional financial planner if you need to. Knowledge truly is power.