13 Sep The coffee cut-off is never a good sign

Posted at 14:37h in Uncategorized by Sara Causey 1 Comment 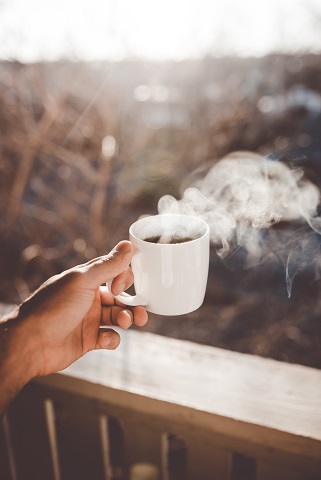 Photo by Clay Banks on Unsplash

Years ago, I worked for a short time at a company that was struggling. I didn’t know it when I took the job and fortunately, I didn’t stay very long. But one of the early signs of trouble was the coffee pot situation. At first, the owners tried to reuse coffee grounds to a gross point. The coffee would look so watered down it really wasn’t even coffee anymore. After that, we were told to BYO or go without. Whenever companies start reeling in the small pleasantries, it’s rarely a good sign.

“As employees filed into the Wall Street giant’s headquarters in lower Manhattan last Tuesday for a mandatory return to a five-day work week, they got an unwelcome surprise: The ‘free coffee’ station had been wheeled away, sources told The Post.

The complimentary ‘grab and go’ station at the entrance of 200 West St. — cold-brew, as well as stashes of French vanilla creamer, almond milk, soy milk and half-and-half — had appeared during the pandemic to encourage attendance, according to insiders.

But the brass has since determined it doesn’t need sweeteners to get people back to the office, sources told The Post. Instead, management now believes the threat of getting fired should more than enough incentive, the sources said.” (emphasis mine)
–https://nypost.com/2022/09/11/goldman-sachs-yanks-free-coffee-perk-as-bankers-return-to-five-day-week/

I’ve been warning you for months that we would go from the carrot to the stick on RTO. This is the early stage of it, mark my words.

And on that note:

“Goldman Sachs is readying for layoffs as the rising cost of money slows deal-making, according to anonymously based reports. Recent moves by the Federal Reserve to rein in inflation by lifting borrowing costs has put the brakes on mergers and acquisitions, leading the storied investment bank to resume the annual employee review that it suspended amid the pandemic and a flurry of deal-making. This round of layoffs — likely to be at the lower end of a 1% to 5% range — comes after the bank reported an almost 50% drop in second-quarter profit. The job cuts could total several thousand and begin next week, the reports say.”
–https://www.linkedin.com/news/story/goldman-poised-to-cut-jobs-reports-5432388/

One of these days, we’ll finally be allowed to know that unemployment is not really below 4% (IMO). And that’s when I think we will REALLY see the transition from carrot to stick taking over. I hope I’m wrong on that, but I doubt it.