Shady People Who Want Your Money

31 May Shady People Who Want Your Money

Posted at 15:18h in Uncategorized by Sara Causey 1 Comment 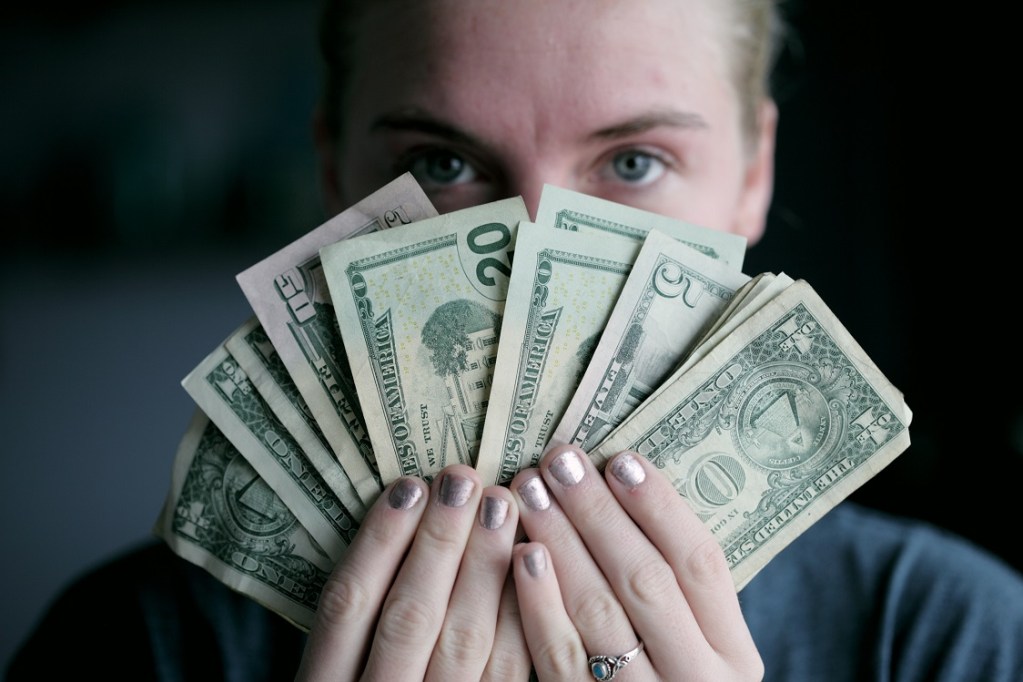 Photo by Sharon McCutcheon on Unsplash

On Thursday, I published a podcast episode “On Strategic Quitting, Redux” where I talked about how strategic quitting doesn’t mean you have to completely give up forever. Sometimes it means you can temporarily put a goal on hold while you wait for more favorable conditions. I used my real estate goals as an example.

As it turns out, a lot of people are feeling that way.

“The cooling housing market enters into the Great Deceleration” (https://finance.yahoo.com/news/cooling-housing-market-enters-great-080538605.html) In the podcast episode, I used the analogy of taking your foot off the gas pedal and coasting for a little while. So I actually laughed out loud when I saw the term “the Great Deceleration.”

When it became clear that the lockdowns wouldn’t simply be a two-week period of time “to flatten the curve” and more people were home more often, cracks in the foundation became much more apparent. (Pun intended and not intended.) If your house felt small and cramped, it needed repairs, you realized your neighbors are loud morons, you hated your yard, etc., all of those issues became more difficult to ignore. This is one of the factors that fueled the intense FOMO. There was also a generation of people ready to become home buyers for the first time who were burned out on renting. What they found in the market was a lot of overpriced junk. Some who gave in to the FOMO regretted it – in fact that number was reported to be 75% of people who bought during the pandemic had buyers’ remorse about doing it! (https://www.gobankingrates.com/investing/real-estate/why-percentage-homebuyers-expressing-regrets-buyers-remorse/) One of the things I discovered was that most of what was on the market was problematic. House never updated since 1974. House falling in. Lots of deferred maintenance. Sketchy area full of loud jack*sses who want to party until 4am. You couple a problematic house with FOMO, multiple offers, people waiving inspections, etc., and you have a great recipe for buyers’ remorse.

“As data rolls in for April and May, it’s clear that the pandemic housing boom is cooling—fast. We’re now transitioning into a new phase, or as Fortune calls it: the Great Deceleration. Heading forward, the breakneck rate of home price growth is expected to enter into a period of deceleration.”
–https://finance.yahoo.com/news/cooling-housing-market-enters-great-080538605.html

Sometimes in life, a trend can burn out as fast as it sparked up. Aside from the high interest rates that priced people out, it’s becoming clearer that the absurd prices these sellers wanted for their junk is just that: absurd.

“Second, the overheated 2022 spring market has pushed us over the edge into what housing economists call an ‘overvalued’ housing market. Last month, Fortune asked Moody’s Analytics for its proprietary analysis of U.S. housing markets. The firm’s data shows that 96% of regional housing markets are ‘overvalued’ and have home prices that are above what local income levels can support. Simple economics dictates that home price growth (up 19.8% over the past year) can’t outpace wage growth (up 4.8% over the past year) by wide margins forever. The housing boom, with help from soaring mortgage rates, may have finally gone too far.”

When you’re looking at a place that you know would be ~$250K were it not for inflation and FOMO, and the idiot sellers want $1.25 mil for it, you would have to possess no common sense at all to offer that kind of money to them. I’m just sayin.

From an HR perspective, here’s where things get very interesting. Yes, we know The Fed jacked up interest rates and yes, we know that greedy sellers and their greedy realtors jacked up their prices to boot. Got it. But this third point is something I want you all to pay a lot of attention to. I’ve talked about these issues before and I want to yet again wave a giant banner to get your attention. THEY ARE TELLING YOU IN ADVANCE WHAT’S COMING.

-If we go into a full-tilt recession, The Great Resignation will come to a halt almost immediately.
This is what it is. I’ve referenced George Carlin’s bit about “it’s one big club and you and I are not in it” before. And that’s what we will see play out. I have a theory here and I’ll catch some hell for saying this, but here we go: I think Corporate America sort of sat back uncomfortably and thought, “OK. We’ll tolerate this whole ‘power to the people, workers in charge’ movement. But as soon as it ends, woo-boy. It’s our time again.” And if you don’t think they won’t take advantage of that if unemployment gets high, well, I don’t know what to tell you. 🤷🏻‍♀️
–https://causeyconsultingllc.com/2022/05/24/are-you-ready/

Here’s the deal: I’ve been bearish about my predictions for the economy. If a recession hits and unemployment rises, I believe we will see an RTO push. Micromanagers and surveillance-happy bosses who’ve been sitting back, mad at the world that they can’t herd you into a Cube Farm (while they go and play golf whenever TF they want to) will feel like, “Yee haw! Here’s our chance.” Be intentional about where you land. For example, Airbnb made it clear their workers can stay remote and live wherever they want… but… there’s a catch. Once per quarter you have to expect some sort of corporate hoo-ha for a week at a time. (https://news.airbnb.com/airbnbs-design-to-live-and-work-anywhere/) 👎🏻
–https://causeyconsultingllc.com/2022/05/27/playing-the-rto-game/

So now, I want you to re-read the paragraph from the Yahoo Finance article one more time:

I’ll say it one more time for the people in the back row: THEY ARE TELLING YOU IN ADVANCE WHAT IS GOING TO HAPPEN. Ignore it at your own risk.

One more from the Yahoo Finance article:

“‘The dramatic increase in the average monthly mortgage payment has priced some buyers out of the market and caused others to get cold feet. Discretionary buyers do not want to buy when they feel like they are purchasing at the peak of a cycle,’ [Devyn] Bachman says. ‘Price reductions are happening and will likely continue as demand and supply metrics begin to recalibrate.'”

This is true. People who didn’t have a pressing or extreme reason where they absolutely need to buy have mostly said, “Forget this. Let’s wait a while.” We are seeing the same sentiment playing out in the job market as well. Layoffs. Hiring freezes. Offers rescinded. Duplicate positions eliminated. As the overall economy shifts, companies will have more of these, “Eh, do we really need to fill this role now while people are still job hopping and wanting raises? Or can we wait until unemployment ticks up?” It will be the latter, not the former in a vast majority of cases. Wait and see.

To sum it up, beware of shady people who want your money. A realtor or mortgage broker who has a vested interest in selling you an overpriced property may not be the best resource to trust right now. If someone is standing there telling you that, in spite of all the evidence to the contrary, there is no housing bubble and you can feel OK about buying a place that’s 300 or 400% overpriced, I want you to really stop and think – get your head as clear as possible – on whether that’s a good idea in the current circumstances. Likewise, if you are thinking about job hopping just to job hop and there’s not a very compelling reason for it, I think it’s a good idea to use the same strategy. Slow down. Calm down. Get clear about what your motives are and weigh out the possible risks of trying to leap one more time before the bottom drops out. I would also encourage you to take a strong examination of the company’s WFH policy. Some of these bosses who are thirsty AF for workers to “come on back to the office” may insist upon it if we indeed go into a recession. If they feel that the balance of power has shifted from a candidate/employee-driven market to a company-driven market, believe me, they will use that shift to their advantage in every possible way.