Posted at 15:15h in Uncategorized by Sara Causey 4 Comments 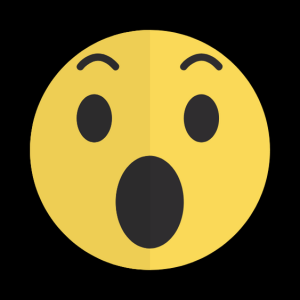 “It’s been more than a year since the American workplace turned upside down, with employees quitting en masse in search of more fulfilling jobs and flexible work arrangements.

But with inflation barely cooling — and fears of a recession in the new year — stragglers have found yet another reason to jump ship.

‘It’s a worker’s market,’ says Andrew Flowers, labor economist at job advertisement firm Appcast. ‘And this bargaining power, it means that, with high inflation, this is the time to either ask for a raise or to potentially find a better offer elsewhere.’

With the rising cost of food, gas and everything else giving all Americans a pay cut, workers who haven’t yet made a move have every reason — and every opportunity — to act soon.” -Yahoo Finance, emphasis mine

Those numbers are literally the same. You can’t make this mess up. Good grief.

According to CNBC, these jobs are in leisure & hospitality and health care. So if someone is laid off in IT, finance, real estate, etc., they can’t apply for an RN or ER doctor position. Nor can most of them survive on an $18/hr hospitality job. People need to stop pretending that there are ALLLLLLLL these open and legit white collar jobs that pay $75K or more but these lazy _____ (insert generational clickbait here) don’t want them!

First of all, don’t tell me how to feel, Jessica.

Secondly: what?! Yet again, wut?

“Now is actually a great time to find a well-paying tech job.
The results of the analysis done by workforce data provider Revelio Labs were recently reported by Insider. The analysis found that among laid-off tech workers, ’72 percent have found new jobs within three months. Even more surprising, a little over half of them have landed roles that actually pay more than what they were earning in the jobs they lost,’ Insider’s Aki Ito writes.

Laid-off workers are actually more likely to find a new job quickly now than at the height of the tech hiring frenzy of July 2021, when only 67 percent managed to land new gigs within three months. However, there is variation within the broad category of tech workers, according to Revelio. Those with hard technical skills like coders fare better than those with more general competencies like communications and HR specialists.” -Inc.com

A few thoughts in freeform:

+People with rare, in-demand skill sets are always going to have options, even in a downturn.

+Within three months . . . so if you live paycheck-to-paycheck as most Americans do, I imagine that three month gap in employment is tough. Yes, some folks have a nice nest egg and if a person landed a high paying job and put money in savings, that 90 day period might have been completely fine. But that is NOT the case for everyone.

+With all of these layoffs, you cannot convince me the competition for open positions isn’t fierce. Especially for WFH, fully remote roles. Let’s again stop pretending that we’re in some 1940s movie where the lead character gets a pink slip, lights a cigarette, walks into a competitor company, and has a better job all in the same day.

+Revelio Labs… hmm. Let’s do a little investigating, shall we.

“Revelio Labs, the workforce intelligence company, today announced its Series A capital raise of $15 million. The round was led by Elephant Partners, with additional funding from Alumni Ventures, BDMI, K20 Ventures, Techstars, and Barclays. The capital will be used to expand Revelio Labs’ offerings for corporate HR and strategy, and comes less than a year after the company raised $4.5 million in seed funding. Since then, Revelio Labs has tripled in size, with over 150 clients ranging from investors to corporate strategists and HR teams, as well as governments.” –https://www.prnewswire.com/news-releases/revelio-labs-secures-15-million-in-series-a-funding-301642388.html  Published on October 6, 2022

BDMI is part of Bertelsmann SE & Co. Bertelsmann, by the way, is a MASS MEDIA company. If you’d like to learn more about its history (especially in WWII) and its current revenue, you can go here: https://en.wikipedia.org/wiki/Bertelsmann

Barclays is a British multinational bank. You can read more about its interesting practices here: https://en.wikipedia.org/wiki/Barclays

I’ll allow you to draw your own conclusions as to why I think it is so incredibly important to understand the sources behind the sources in these “studies” and news articles.

The economy is not fine, fine, just fine. *Insert Arthur Fleck here: the economy is not fine and dandy and I’m tired of pretending it is.* This narrative of, “Oh OK, well, we’ll finally acknowledge that layoffs are occurring, but we’ll tell you that it doesn’t even really matter because The Great Resignation is still strong and all these open jobs and tech workers rebound fast for more money. Yeah. That’s it. That’s the ticket.” 😣