So says the people designing the office spaces!

10 Jan So says the people designing the office spaces!

Posted at 14:11h in Uncategorized by Sara Causey 0 Comments 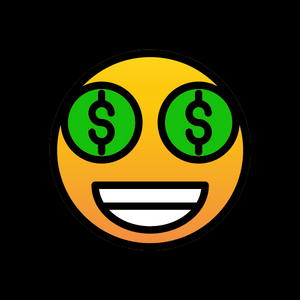 Image by me on Canva.

I always say: if someone has a vested interest in parting you from your money, you’d be wise to factor that into your decision making. Whether it’s a realtor or broker still trying to hang on to the FOMO/YOLO delusions of 2021 or someone encouraging you to “buy the dip” in the stock market, it’s important to consider their angle. Do they benefit from you spending your money?

Last Monday, we found this gem on LinkedIn:

“Focus is a top priority of RTO
By Monica Fike, Editor at LinkedIn News

Many of those working from home during the pandemic have revealed their No. 1 reason for returning to an office: ‘To focus on my work.’ Yet, at the same time, offices as they exist today are failing to enable workers from this objective, according to the conclusions of a workplace survey conducted by the Gensler Research Institute. Collaboration, which one might have suspected would be the top draw to RTO, was actually fifth on the list. So, how can companies aid their employees looking to fuel the focus? Fast Company suggests more ‘semi-enclosed areas,’ in addition to offering the ‘quiet/tech-free zone.'” –https://www.linkedin.com/news/story/focus-is-a-top-priority-of-rto-5513828/

😆 What a riot. Go back to the office to focus? Pfft. This hot on the heels of their articles about people feeling frustrated by desk-bombers. Jeez. It’s like they expect the public to be so dumb they won’t register the contradictions.

Who are these people? (said in best Seinfeld voice) Who are the folks claiming that their #1 reason to RTO is to focus on work?

Well, let’s check out the article from FastCompany that LinkedIn references.

One immediate observation: this article was published on December 9th, so it’s not exactly brand new and fresh.

“The top reason people want to come back to the office? To actually do some work
People crave spaces that facilitate focused work, but many offices still aren’t designed for the way people work most effectively.

After nearly three years of a global pandemic and months, if not years, of working from home, the main thing drawing workers back to their offices is the desire to simply focus on their work. But at the same time, offices in the U.S. have hit a 15-year low when it comes to how effective they are for enabling focused work.

This troubling mismatch is one of the top takeaways from the 2022 U.S. Workplace Survey from the Gensler Research Institute, the research arm of the global architecture and design firm Gensler.” –https://www.fastcompany.com/90821448/back-to-office  (emphasis mine)

Hmm. OK. So on one hand, we’re told that people are clamoring for RTO to focus on work and on the other, many offices aren’t designed for effective work. I only believe one of those statements to be true.

“Workers continue to have trouble focusing on solo work in offices as they’re currently designed. When asked how well the office environment shields them from noisy interruptions or distractions, workers rated offices poorly. In fact, while being able to work alone without interruption in the typical workspace has declined over time, the 2022 results put that concept at an all-time low.” -FastCompany

The CEOs and executives have offices with doors (that are often kept closed) while the peons have to sit in cubes or hot desk in open environments with very little peace and quiet. They also tend to gripe about how the plebs don’t want to work anymore while they take 3 hour lunches and bug out on Fridays to golf. But ya know, let’s ignore that.

“From a design perspective, Pogue McLaurin says there are things Gensler and other office designers can do to improve the workspace, including providing more semi-enclosed areas for quieter work, and building more private-focus rooms, where people can duck away from the noise and interruptions of the general office space. According to the survey, the most valuable and most effective office amenity is a ‘quiet/tech-free zone.’

If companies want to see more of their employees coming back to work, they may want to consider implementing the kinds of quiet, focus-centric spaces people actually want.” -FastCompany

Yeah, there’s a place like that already: it’s called WFH. You can duck into your own home office and close the door and have 0 stop and chats with gossipy coworkers. It’s awesome!

+ It’s easy for the people who build and design offices to push for RTO and/or tell companies with existing real estate that they need to redesign the spaces to woo workers back. Create a problem – present a solution – collect the money. The govt has done this for years and so has Corpo America. Rather than continue to allow the plebs to work from home, spend millions of dollars redesigning your offices with “quiet spaces” in them. 😞

+ I think this tidbit is also noteworthy:

“Last year, Fast Company recognized Gensler twice for being one of the most innovative companies and best workplaces in the world.” –https://www.gensler.com/about  (emphasis mine) So the magazine publishing this article about people wanting RTO for focus has also awarded the company they quote with two awards? Say it ain’t so. Imagine that.

+ Don’t leave out LI, either. Its parent company Microsoft has been involved with Gensler, too. If you simply Google “Gensler” and “Microsoft,” you’ll see project after project pop up. I suppose that’s merely a coincidence, however.

+ A study on Gensler’s own website (with the same Pogue McLarin we see in the FastCompany article) tells a different tale:

“What corporate real estate executives are planning
CoreNet end users recognize the need to improve collaboration and meeting spaces. A majority (75% and 72% of respondents respectively) report that they are providing collaboration software/applications for hybrid work and upgrading meeting room technology. About half are increasing the quantity of both reservable conference rooms and ad hoc meeting spaces for group work. CRE’s are also reallocating office space to better support both in-person and virtual group work. Over half are increasing the space allocation for video conferencing and working with others in-person.

It’s a different story for improving working alone. More than half (56%) are not even considering providing more private space for individual work. And 76% of CRE’s are either decreasing or leaving unchanged the amount of space for focused concentrative work. This may be a missed opportunity. CRE’s should explore strategies to improve the office environment to better support working alone. Consider quiet/tech-free zones, adding library spaces or focus rooms, and providing alternate work settings where employees can use throughout the day when they need to concentrate on their work or signal to others not to interrupt. Creating both spaces to support hybrid meetings and spaces for working alone will improve the overall office environment for employees to do their best work.” –https://www.gensler.com/blog/whats-next-for-the-office-what-cre-executives-say?e=consulting-real-estate-services – emphasis mine; this was published one week after the fluff piece on FastCompany

Watch what the fat cats do. Don’t pay attention to what they say in public to the masses. Watch what they do. I don’t think there’s any way around it: most large employers are gearing up for RTO and they aren’t worried about whether you have enough quiet space at work. The people selling the design services may want them to spend a pot of money overhauling their spaces but that doesn’t mean they will. Look at Lord Elon – those folks are bringing their own TP to the office! Meanwhile, anyone with common sense can see how stupid this is. Instead of a WFH/WFA model where you can get all of the focus you want, c’mon back to the office and we’ll spend a bunch of money in a recession to make quiet spaces for you. Oh and then, to offset the cost of the quiet spaces we built, we’ll have to lay some of you off. 🤦🏻‍♀️

Yeah. So we’re not exactly talking small potatoes here. I have to imagine a company with that kind of money can generate some media influence if it wanted to.

Question the things you read. Go beyond the headline snippets.