Posted at 14:46h in Uncategorized by Sara Causey 3 Comments 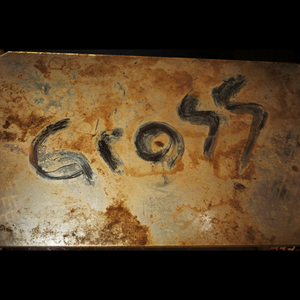 We’re getting really f**king close to “let them eat cake.”

So says an old, rich white man. Someone whose net worth according to Forbes is $2.3 billion says you are a whiner who doesn’t know about hardship.

“It might be a new year, but not everyone is excited for what 2023 may bring. Stocks are down, economic growth seems to be slowing and inflation remains rampant.

But Warren Buffett’s right-hand man Charlie Munger suggests that we should, in fact, be more content with our current situation.

‘People are less happy about the state of affairs than they were when things were way tougher,’ Munger said earlier this year.

‘It’s weird for somebody my age, because I was in the middle of the Great Depression when the hardship was unbelievable.'” -Yahoo Finance

I’m not going to say the hardship of the Great Depression wasn’t horrible. Clearly it was. Let’s just factor in that Charlie Munger came from a family of entrepreneurs and politicians (a theme we often see – the personalities in the government and the corporate sector swap around quite often) and went to Harvard Law.

Roscoe Pound, by the way, in addition to being the dean of Harvard Law for about 20 years, was also involved in the government: “In 1929 President Herbert Hoover appointed Pound as one of the eleven primary members of the Wickersham Commission on issues relating to law enforcement, criminal activity, police brutality, and Prohibition.” –https://en.wikipedia.org/wiki/Roscoe_Pound

Charlie Munger was born on January 1, 1924 and I don’t see any evidence that he starved out in the street during the Depression. I’ve told the story probably more than once on the podcast about Professor Cow’s grandpa having a hired hand who left and rode the rails during the Great Depression. After one year, he returned looking like he’d aged a decade. He was lean and the same clothes he left in were threadbare. He said he’d been all over the country and found no work. I don’t really think Charlie Munger was out riding the rails begging for work and food in the 1930s. Let’s get real here.

You know, I’m pretty sure that I’ve seen this movie before. I’m pretty sure some other old, rich white guy said basically the same damn thing back in 2008. Oh wait! I’m right!

“Phil Gramm, John McCain’s former economic adviser, left the campaign in July when he tried to counter criticism of the Republican candidate’s economic policies by asserting that the country ‘had become a nation of whiners’ in a ‘mental recession.’

Even McCain came forward to say that he disagreed with Gramm’s remarks, adding that someone who’d lost their job ‘isn’t suffering from a mental recession.'” -ABC News

A MENTAL RECESSION! 😆 Lordy above, you can’t make this stuff up.

“Lakshman Achuthan, managing director of the Economic Cycle Research Institute, also asserted that Gramm was mistaken, criticizing him and economic policymakers for not taking the risk of recession seriously enough.

‘There is a recession — that is clear and it doesn’t make sense to blame middle-class folks,’ says Achuthan. ‘Policy holders should be held fully accountable for letting Wall Street run amok.’

If you hear a talking head telling you that we’re not in another 2008, I hope to hell you turn the TV off and walk away. IMO, these fat cats know what’s coming and they are oscillating between denying the problem and blaming you for the problem.

“In its 2008 coverage of the financial crisis, The Washington Post named Gramm one of seven ‘Key Players In the Battle Over Regulating Derivatives’, for having ‘pushed through several major bills to deregulate the banking and investment industries, including the 1999 Gramm–Leach–Bliley act that brought down the walls separating the commercial banking, investment and insurance industries’.

2008 Nobel Laureate in Economics Paul Krugman, a supporter of Barack Obama and former President Bill Clinton, described Gramm during the 2008 presidential race as ‘the high priest of deregulation,’ and has listed him as the number two person responsible for the economic crisis of 2008 behind only Alan Greenspan. On October 14, 2008, CNN ranked Gramm number seven in its list of the 10 individuals most responsible for the current economic crisis.

In January 2009 Guardian City editor Julia Finch identified Gramm as one of twenty-five people who were at the heart of the financial meltdown. Time included Gramm in its list of the top 25 people to blame for the economic crisis.

As of 2009, Gramm is employed by UBS AG as a vice chairman of the Investment Bank division. UBS.com states that a vice chairman of a UBS division is ‘…appointed to support the business in their relationships with key clients.’ He joined UBS in 2002 immediately after retiring from the Senate.” –https://en.wikipedia.org/wiki/Phil_Gramm

Yet another example of the incestuous relationship between Corpo America and the govt.

“Gramm was co-chair of John McCain’s presidential campaign and his most senior economic adviser from the summer of 2007 until July 18, 2008. In a July 9, 2008 interview on McCain’s economic plans, Gramm explained the nation was not in a recession, stating, ‘You’ve heard of mental depression; this is a mental recession.’ He added, ‘We have sort of become a nation of whiners, you just hear this constant whining, complaining about a loss of competitiveness, America in decline.’ Gramm’s comments immediately became a campaign issue. McCain’s opponent, Senator Barack Obama, stated, ‘America already has one Dr. Phil. We don’t need another one when it comes to the economy. … This economic downturn is not in your head.’ McCain strongly denounced Gramm’s comments. On July 18, 2008, Gramm stepped down from his position with the McCain campaign. Explaining his remarks, Gramm stated that he had used the word ‘whiners’ to describe the nation’s politicians rather than the public, stating ‘the whiners are the leaders.’ In the same interview, Gramm said, ‘I’m not going to retract any of it. Every word I said was true.'” -Wikipedia

Oh ha ha. I was talking about the politicians even though I clearly said “a nation of whiners” and not a Congress of whiners. 😒 This is what the fat cats REALLY THINK. Do you imagine the same people who created this mess are gonna swoop in and save you from it? I sincerely hope not.

When you are snug and comfy in your bed at night, do you imagine the power brokers and fat cats care about your health and well-being? I’m going to assume the answer is no.

Whenever the economy crashes, the average working-class person and the poor do not benefit from it. In my mind, hoping that the same people who created this mess will swoop in and fix it for the less fortunate is completely and utterly insane. Quite frankly, the power brokers benefit from economic downturns. The first step is to create a story that points the finger of blame at literally anyone and anything else, and I’ve seen some real doozies.

-“Will You Survive a Job Market Crash?” https://www.amazon.com/dp/B0BRC4C2SQ

As the classic bumper sticker says: if you’re not outraged, you’re not paying attention.

Hiring After the Great Resignation: Ways to Improve Your Hiring Process Even in Turbulent Times
https://www.amazon.com/Hiring-After-Great-Resignation-Turbulent-ebook/dp/B0BRM2Y16V