Posted at 15:42h in Uncategorized by Sara Causey 0 Comments 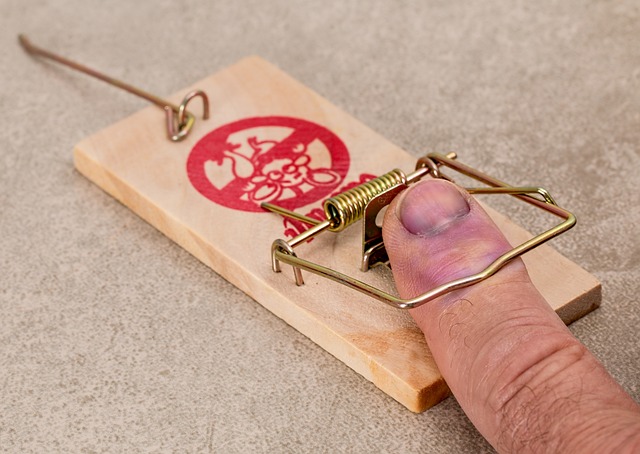 Image by Steve Buissinne from Pixabay

We need to acknowledge this and stop tiptoeing around the topic.

On Medium, Jared A. Brock published:

I feel like Bruce Banner in The Avengers when he says, “So… this all seems horrible.”

“Initially built with the proceeds of slavery and monopolizing 1,200 other banks and corporations, JP Morgan Chase is the world’s largest bank by market cap — a sprawling $400 billion predator that made over $75 billion in cash profits during the Covid pandemic while billions struggled, hundreds of millions suffered, and millions died.” -Jared A. Brock

On a similar note, I’d recommend one of Russell Brand’s recent interviews with Vandana Shiva about companies that control the food & agriculture industries… and their true histories. (You can find it here: https://www.youtube.com/watch?v=FcCLAO2PyoY)

“JP Morgan will do quite literally anything for money. After all, the only legal fiduciary purpose of corporations is to extract wealth from society and deliver it to passive shareholders.

If this type of information doesn’t scare you, I don’t know what to say.

“Sadly, Americans won’t wake up until the majority of voters have lost their homes and are struggling to make rent to corporate predator land-lorders like JP Morgan Chase.

By then it will be far too late.” -Jared A. Brock

Meanwhile, back at the job market ranch:

“The latest workers to join the Great Resignation aren’t having as easy a time finding a new job as they thought it would be, and it’s leading to the Great Remorse.

A new Harris Poll, as first reported by Bloomberg, surveyed over 2,000 U.S. job seekers’ recent experiences with the labor market. Over 70% of them said it has been harder than they’d hoped to lock down a good role.” -From Yahoo

If you don’t imagine this will get worse as we get further into this economic poo-poo storm, I’d suggest you wake up. As it is, I’m encountering more and more hiring managers who, just as I’ve predicted before, are feeling emboldened as though they are Lord Elon or Zuck, to demand RTO and to say things like, “I’m over remote work. I don’t want to talk to any candidates with any pushback on in-office work.” 😒

“Elon Musk could be your manager’s ‘anger translator.’ As the billionaire CEO of Twitter showcases his ‘hardcore’ expectations, cutting staff and sending more running for the hills, some executives are expressing their admiration, writes The Wall Street Journal. They’re ‘tired of all the whining’ from their employees over flexibility and work-life balance and, like Musk, want ‘maximum effort’ from their staff. While most leaders are either reluctant to state these desires explicitly or don’t have the wealth and power to back them up, many see Musk as a welcome outlet.”
–https://www.linkedin.com/news/story/your-manager-might-admire-musk-6093562/

Is this a backlash to The Great Resignation? Of course!

NEVER, EVER FORGET THAT ARTICLE! It was published in late July and I hope plenty of people saw and understood what was coming. I talked about it copiously everywhere I could.

“Buckle up, America: The Fed plans to sharply boost unemployment.

In case the U.S. economy wasn’t hurting enough already, the Federal Reserve has a message for Americans: It’s about to get much more painful.

Fed Chair Jerome Powell made that amply clear last week when the central bank projected its benchmark rate hitting 4.4% by the end of the year — even if it causes a recession.

‘There will very likely be some softening of labor market conditions,’ Powell said in his September 21 economic outlook. ‘We will keep at it until we are confident the job is done.’

In plain English, that means unemployment. The Fed forecasts the unemployment rate to rise to 4.4% next year, from 3.7% today — a number that implies an additional 1.2 million people losing their jobs.

‘I wish there were a painless way to do that,’ Powell said. ‘There isn’t.’

Here’s the idea behind why boosting the nation’s unemployment could cool inflation. With an additional million or two people out of work, the newly unemployed and their families would sharply cut back on spending, while for most people who are still working, wage growth would flatline. When companies assume their labor costs are unlikely to rise, the theory goes, they will stop hiking prices. That, in turn, slows inflation.”
–https://www.cbsnews.com/news/fed-interest-rate-hikes-unemployment-increase-layoffs-inflation/

That article warning of increased unemployment AND wage stagnation was published at the end of September. Yet again, I talked about it everywhere I could.

“Job openings dropped in October, reversing gains of the prior month, as demand for workers appeared to slow amid rising interest rates. The number of available positions in the U.S. fell to 10.3 million, from 10.7 million in September, according to the Labor Department’s Job Openings and Labor Turnover Survey. The quits rate also fell to the lowest level in 17 months — 2.6% — as fewer Americans voluntarily left their jobs. The report suggests that recent layoff announcements, together with a campaign by the Federal Reserve to cool demand, are starting to slow the labor market churn.”
–https://www.linkedin.com/news/story/job-quits-rate-hits-17-month-low-6097938/

Meanwhile, back at the personal finance ranch:

The thing is: when you look at one full-time job not being enough to sustain you, the manufactured insecurity goes beyond renting an apartment or a trailer. It starts to look more like workplace feudalism + living situation feudalism = feudalism.
–https://causeyconsultingllc.com/2022/10/26/just-getting-by-feudalism-2-0/