Cultivate the compliant ones

15 Nov Cultivate the compliant ones

Posted at 15:56h in Uncategorized by Sara Causey 0 Comments 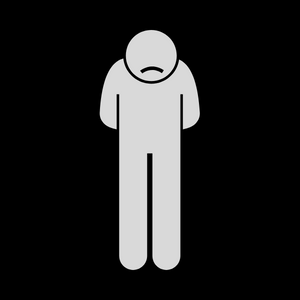 Image created by me on Canva.

“Having a superstar employee on your team isn’t always sunshine and rainbows. Rather than inspiring and lifting up colleagues, a high-performer can sometimes demotivate them and spark feelings of resentment. Managers can make a big difference to the outcome, The Wall Street Journal writes. Pairing stars with younger or newer employees, or connecting them with colleagues who have complementary but not competing skills, can help top performers empower and not overshadow the rest of the organization. The key, Harvard Business Review says, is to keep motivating your ‘B players’ alongside the ‘A players.'”

Yeeeaahhhhh. Let’s just call a thing a thing here and keep it real.

IMO, this is all about cultivating the compliant employees. The ones who will go along to get along and RTO if told and do basically nothing to rock the boat.

These so-called B players are like the government approved rock music. Nothing will really change, no arguments, no mavericks. Just sit down, shut up, and do whatever the boss tells ya.

One of the commenters essentially says this out loud!

Leaders often tend to categorise their team members into A players, B players and sometimes even C players. Everyone wants to attract the cream of the crop – the A players – and to weed out the B’s and the C’s eventually. But there is a catch.

A players are high-performing stars. They are not easy to work with, let alone to lead. They focus on their personal career trajectory, are convinced that their past success makes their judgement impeccable and are often intimidating. And they often refuse to work with the B’s and the C’s for these same reasons.

B players, on the other hand, are less concerned with their careers. They often go above and beyond to satisfy a customer, to help out a colleague or to step in for the benefit of their company. They question more often themselves and their opinions and are more open to learning. But they are not as high-performing as are the A players.” (emphasis mine)

Yeppppp. And that’s what it’s all about. Conformity. Compliance. Obedience.

“B players can be selfless and dedicated employees, but they often don’t get the attention from managers they deserve. To retain and motivate your B’s, get to know and appreciate them as the unique individuals they are. This is the first step to drawing out their hidden strengths and skills. Reassess job fit to make sure they’re in roles that draw on those strengths. Make sure you’re not overlooking someone’s talents because they’re quiet or reserved, or because they don’t fit your mental model of what a ‘leader’ should look like. And give them permission to lead. While A players don’t wait for permission, B’s often do — but they can be just as effective once they know they have your support.” (emphasis mine)
–https://hbr.org/2018/09/how-to-retain-and-engage-your-b-players?utm_medium=social&utm_campaign=hbr&utm_source=LinkedIn&tpcc=orgsocial_edit

How can we find the most compliant serfs? Well, don’t choose an A player who’s labeled as selfish and focused on their own upward mobility. Find Mr. Milquetoast who never squawks back.

Is this attitude coming to a workplace near you? I wouldn’t be surprised.