7 years on, has anything changed?

25 Oct 7 years on, has anything changed?

Posted at 15:07h in Uncategorized by Sara Causey 0 Comments 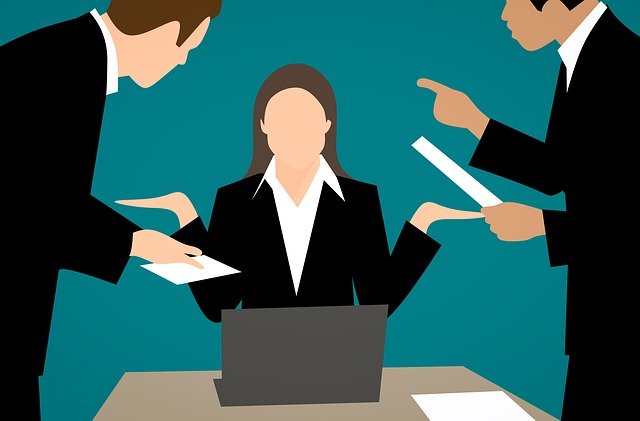 Image by Mohamed Hassan from Pixabay

In 2015, FastCompany published an article titled, “5 Things Your Employees Wish They Could Tell You,” which you can find here: https://www.fastcompany.com/3045282/5-things-your-employees-wish-they-could-tell-you

The five things employees wanted to tell the boss were:

How many items on this list are still applicable in 2022? I would guess each and every one of them. Here we are, fresh off The Great Resignation watching the balance of power shift back to Corpo America, and what has changed?

For one thing, IMO, the genie is out of the bottle on remote work. For people who always wanted a shot at it but never seemed to get it, there’s been 2.5 years of opportunity to WFH. It’s not fair to say everyone is opposed to RTO, but I would say a lot of people are. Why fight traffic and drive to an office to work on a laptop… when you can do the work at home? Or be roped into some forced fun activity with little or no attendees? No thanks!

Have most managers improved their communication or people skills since 2015? Do most people feel that their pay raises are keeping pace with inflation? Are these bosses better leaders?

Perhaps the most likely area of improvement would be #2 on their list because plenty of people did take advantage of The Great Resignation to leave jobs and/or companies they didn’t like to search for something better.

“The so-called Great Resignation is going strong, and it’s not just for working stiffs anymore. Increasingly, managers are also leaving their jobs for greener pastures.

Data shows that managers are leaving their jobs at elevated levels, and that even though resignation rates for workers overall have declined from their peak, lots of people are still quitting their jobs.”
–https://www.vox.com/recode/2022/7/7/23186233/managers-great-resignation-quit-job

That article was published in July, so to be clear: I don’t see the same level of job hopping happening now as I did this time last year. I bring it up to highlight that yes, even managers and C-Suite level personnel made changes during The Great Resignation. So perhaps someone who was burned out and didn’t want to be where they were has moved on.

If we assume that most of the list is still accurate seven years later, it begs the question: why are sh*tty managers allowed to keep on keepin’ on at these companies?

A few reasons (though NOT justifications) that I’ve observed over the years:

Nepotism.
They are related in some way to ownership or upper management.

Favoritism / friends in high places.
They are buddies in some way with ownership or upper management.

Blackmail.
They know something so damning about ownership or upper management that they are kept on the payroll no matter what.

Quid pro quo.
They did ownership or upper management a solid at some point and their repayment is a steady job even if they suck at it.

Sycophant / Yes person.
They know how to kiss the right butts and schmooze the right people.

They are highly profitable to the company.
Money talks. So even a crap boss who is loathed by their employees can be kept on if they are making a lot of money for the company.

Fake persona.
It’s clear to the employees that the boss is an a-hole but not clear to ownership or upper management. The bad boss has created a fake persona of being saintly, sweet, wonderful, caring, etc., and is careful not to allow the mask to slip in front of the decision makers.

According to MarketWatch, there are scientific reasons why bad bosses stick around:

“The first is a general inability — or unwillingness — to actually measure the performance of their leaders… The second is the influence of toxic politics. In the absence of clear-cut performance data, leadership is reduced to a popularity contest, a political game in which Machiavellian and manipulative leaders will thrive… The third and final reason is a failure to understand leadership potential. This can take many shapes, but the overarching theme is the tendency to ignore the science of leadership at the expense of flawed leadership models and unreliable evaluations of leadership potential.”
–https://www.marketwatch.com/story/theres-a-scientific-reason-your-company-rewards-incompetent-bosses-2019-03-27

Earlier this year, the Freakonomics podcast asked the question, “Why Are There So Many Bad Bosses?” (You can find the episode here: https://freakonomics.com/podcast/why-are-there-so-many-bad-bosses/) In the show’s write-up, we find: “People who are good at their jobs routinely get promoted into bigger jobs they’re bad at. We explain why firms keep producing incompetent managers — and why that’s unlikely to change.”

The Peter Principle is nothing new. It contends that “people in a hierarchy tend to rise to a level of respective incompetence.” The book by Laurence J. Peter was published in 1969. So clearly: this is a long-standing issue that’s never quite gone away. IMO, it’s one explanation but it’s not the only reason why we see crap managers who linger around never quite seeming to get a come-uppance.

Seven years on, what has changed? Not enough!