Posted at 14:17h in Uncategorized by Sara Causey 0 Comments 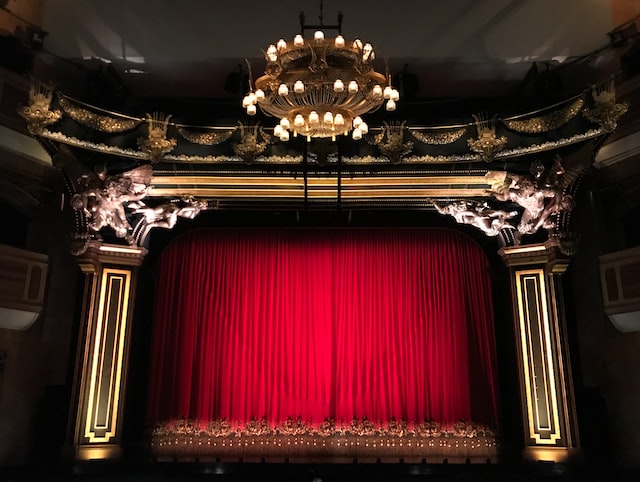 Photo by Gwen King on Unsplash

One of the responses to Carly’s post replied that he had a boss who accused him of leaving early each day and when he pointed out that he left at 5pm, which was not “leaving early,” the boss told him that leaving at 5pm sharp was basically the same thing. This too gave me a bad flashback to a job I had in graduate school. I was enrolled in my master’s program full-time and working a full-time job simultaneously. Looking back, I’m not sure how I did it, but I pulled it off. And I had a boss who told me almost the same thing. She informed me that she really thought it was “tacky” that as soon as my shift ended, I quickly packed up my things and left. I reminded her that I often had to go to class after work, but she still wanted to make it clear that, in her opinion, it communicated to everyone else that I didn’t really want to be there. That exchange gave me a keen insight into the pageantry and theater of Corporate America. So much of it is pantomime and play-acting when you boil it down. When Brando said that everyone acts, he was right on target. IMO, I think the pantomime is something that C-Suite execs miss and why they want people to “come on back to the office.” They miss the theater, the play-pretend, the mise-en-scène of work. They don’t have to actively participate in it themselves– they enjoy it vicariously: watch the worker bees file in each morning, make sure they smile and act friendly to management, put them through heinous “team building” exercises that don’t actually foster any loyalty, etc. Just food for thought.
–https://causeyconsultingllc.com/2022/03/29/common-sense-hooray/

On September 29th, Jessica Stillman published the article, “Remote Workers Are Wasting More Than an Hour a Day on Productivity Theater, New Report Finds,” which you can find here: https://medium.com/@entrylevelrebel/remote-workers-are-wasting-more-than-an-hour-a-day-on-productivity-theater-new-report-finds-d51662e124bd

Well, yes. Exactly. It IS theater. As I wrote back in March, it’s about playacting and pantomime.

“In practice, that looks like remote workers joining Zoom meetings they know will be worthless, responding to emails at strategically selected hours, or other forms of being ostentatiously online to convince colleagues they’re working long and hard enough. This kind of digital presenteeism eats up a full 67 minutes of the average remote worker’s day, the research found. That a lot of time wasted on productivity theater.

It also probably means lower quality work as well, according to the report. ‘An overwhelming majority of people (81%) believe they are more productive and create higher quality output when they have more flexibility over when they work,’ it claims.”
-From the Medium article above.

IMO, the digital presenteeism and the “Jesus is coming, look busy” mentality is what these crappy bosses want. Why? Because if you are joining a Zoom meeting that you know will be worthless and you’re jumping through silly hoops online to prove yourself you are being OBEDIENT.

I’ve said it more times than I can count: there are companies who value that compliance more than anything. They want control and surveillance. Periodt. Trying to make the argument to those types – regardless of how well-made and well-reasoned it is – that you don’t need to be present in a meeting that has nothing to do with you or your job will not go well. They don’t care. They want your butt in that seat or your face on that camera because IT’S WHAT YOU WERE TOLD TO DO!

“In other words, many leaders are sending mixed messages, officially encouraging flexible, remote work while informally signaling that those who stick closest to the old nine-to-five will get ahead. The result is the worst of both worlds — the work-life blur of remote work without the benefits of autonomy and control over your time. That’s a recipe for burnout and annoyed talent.”
-Also from the Medium article above

To me this is like the hybrid schedule – a hell of half-measures.

But is it really a mixed message? I don’t think so. I think it’s more like a politician trotting out on stage making hot air promises and keeping his fingers crossed behind his back. Are some of the people who encourage quiet quitting doing the same thing, i.e., encouraging others to quiet quit and close the laptop at 5pm while they themselves are working their butts off? Ce n’est pas impossible. There’s a similar parallel here. The managers will say (for optics more than anything), “Sure, we’re flexible. You can WFH and no one will micromanage you. We’re a pretty chill group of people here!” And then when you sign on the dotted line and accept the job, you discover a different set of circumstances. The ole bait-and-switch routine.

There’s also the passive-aggressive, talk-around-the-truth issue I’ve encountered as an introvert MANY TIMES in my career. “Well, I mean, no, you don’t hafta go to the BBQ on Saturday but it’d really look good if ya did.” “Well, I mean, you don’t hafta stand around the water cooler and gossip with your coworkers but I mean, it’d look good if you did. We’d really see the leadership potential in you if you acted more social with people.” So let’s just call a thing a thing: it’s not voluntary in reality. If you don’t sit down, shut up, and do as you’re told, we’ll find a reason to get rid of you. If we can’t find one, we’ll manufacture one and then CYA as best as we can. K, thx.

So let’s be clear and direct. Yes, it’s theater. It’s pageantry. It boils down to companies wanting your obedience most of all. If they want you to waste a large chunk of the day looking busy and/or attending meetings that don’t even make sense to your job, that’s what they want and they don’t really care for your opinion on the matter. As Stillman argues – the ones who stick closest to the traditional 9-to-5 routine are the ones who will get ahead in these situations, regardless of whatever the managers said about flexible scheduling and asynchronous work.