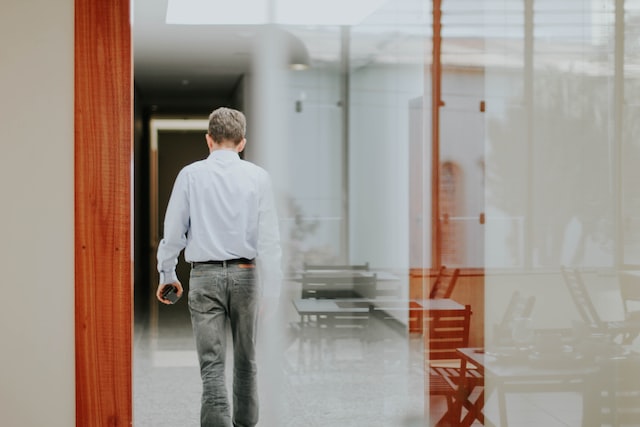 Photo by Jornada Produtora on Unsplash

“Chief executives are leaving in record numbers this year, with more than 1,332 stepping aside in the period from January through the end of October, according to new data released on Wednesday. While it’s not unusual to see CEOs fleeing in the middle of a recession, it is noteworthy to see such a rash of executive exits amid robust corporate earnings and record stock market highs.”
–https://www.nbcnews.com/business/business-news/why-have-more-1-000-ceos-left-their-post-past-n1076201

That article was published on November 6, 2019.

About one month later:

“December 12, 2019
A cluster of patients in China’s Hubei Province, in the city of Wuhan, begin to experience the symptoms of an atypical pneumonia-like illness that does not respond well to standard treatments.”
–https://www.cdc.gov/museum/timeline/covid19.html#:~:text=January%2010%2C%202020,%2DnCoV)%20on%20its%20website.

“March 13, 2020
The Trump Administration declares a nationwide emergency and issues an additional travel ban on non-U.S. citizens traveling from 26 European countries due to COVID-19.

March 15, 2020
States begin to implement shutdowns in order to prevent the spread of COVID-19. The New York City public school system— the largest school system in the U.S., with 1.1 million students— shuts down, while Ohio calls for restaurants and bars to close.”
-from the same CDC timeline

Gosh. Isn’t it something that those CEOs left during “robust corporate earnings and record stock market highs.” And it seems like their timing was quite something . . . I mean, getting out right before a global pandemic and subsequent economic shutdowns. Wow!

“Controversy or not, it’s a pace not seen since 2002. The last big wave of CEO departures came in 2008, at the start of the financial crisis, according to the company’s data.

‘You expect a high turnover during a recession period,’ Andrew Challenger, the company’s vice president, told NBC News. ‘To see more turnover during a period where companies are doing very well is surprising.'” -from the same NBC article above

No, Andrew. It’s not surprising. This is a pattern we’ve seen before.

This is one reason why I think it’s important to ignore what the fat cats say. Usually, it’s either hot air or intentional misinformation, IMO. Watch what they do. If they are patting you on the head and saying, “Now, now. Everything’s gonna be just fine” as they are building bunkers and hoarding food and gold, what does that tell you?
–https://medium.com/@sara_causey/looky-over-here-at-the-labor-market-b0093d3d78f7

“However, plump exit packages can make it tempting for chief executives to throw in the towel. Fears of an impending recession may also prompt leaders to step down to get ahead of risks to their legacy, said Nell Minnow, an advocate for corporate governance and vice chair of ValueEdge Advisors.” -also from the same NBC article

Well, yes. They sell off stock and get a fat exit package and go on their merry way and don’t have to deal with the fallout.

“And there’s winners, and there’s losers / But they ain’t no big deal / Cause the simple man, baby, pays the thrills / the bills, the pills that kill…”
-“Pink Houses” by John Mellencamp

IMO, paying attention to headline snippets and talking heads is largely a waste of time. Watch what the fat cats do. If they suddenly decide to get the hell outta Dodge, what do they know that we don’t?