Ya gotta be asleep to believe it

31 Aug Ya gotta be asleep to believe it

Posted at 14:42h in Uncategorized by Sara Causey 0 Comments 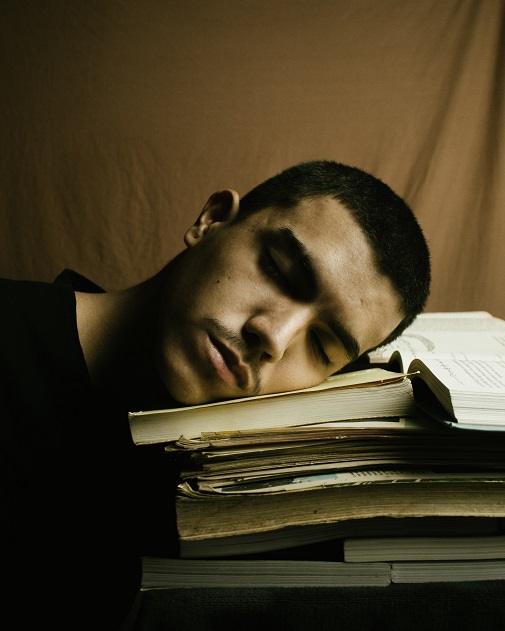 Photo by Matheus Farias on Unsplash

In a stroke of perfect timing, LinkedIn published, “Time to redefine the American Dream?” which you can find here: https://www.linkedin.com/news/story/time-to-redefine-the-american-dream-5979906/

“For Gen X workers saddled with more debt than their predecessors (boomers) and protégés (millennials), the American Dream is increasingly becoming a fantasy. But is that such a bad thing? Rich Cohen writes in The Atlantic that he’s come to accept he probably won’t be as economically successful as his parents, but it opens up a new opportunity — ‘to find meaning and value in the more or less involuntary downshift’ outside of material possessions. Ultimately, he says his generation’s struggle involves rallying behind a new dream and asking the fundamental question: ‘What do I really want?'”

I say perfect timing because on the podcast tomorrow, I will be releasing an episode titled, “Whatever Happened to the Middle Class American Dream?” I’ll give you a sneak peek and publish the write-up now:

IMO, we are in a K shaped economy. The ultra-rich aren’t suffering from inflation as meanwhile, there are people who never fully recovered from 2008. So whatever happened to the good, old-fashioned Middle Class American Dream?

✔️ As a schoolkid in the 1980s Midwest, we heard it alllll the time: as long as you behave and work hard, you can be anything! You can be an astronaut, the President, a scientist who cures cancer. Later on, you’re told that actually, no, not really and all that hopium is on par with Santa Claus and the Easter Bunny.
✔️ “Just like everything else, those old crazy dreams just kinda came and went…”
✔️ Instead of the little house in the burbs with a white picket fence, is it now the 375 sf box home?

Regarding the article published on LI, one responder writes:

“I am Gen-X and this is not the typical experience most of us are going through. If you earned a good degree or learned a trade, applied yourself, and made smart financial decisions, you’re well on your way to retirement by now. This narrative of lack of opportunity is really a falsehood propagated by folks that made bad choices and failed to plan.”

“This article reads mostly like the whine-fest of a person who made a series of poor life choices and is now in retrospect bitching about it. But instead of acknowledging his mistakes, he claims his experiences are representive [sic] of the entirety of Gen-X, which is completely absurd.”

I agree with him in the last bit there. You really can’t paint entire generations of people in one broad stroke. And yes, it is true that some people have made sh*tty life choices on purpose and then want sympathy from others. It’s also true that some have been screwed the hell over through no fault of their own.

The article LI references from The Atlantic is:

“The Ballad of Downward Economic Mobility: I didn’t quit on the American dream; it quit on me—and my generation. Now we need a different idea of the good life. By Rich Cohen.”
–https://www.theatlantic.com/ideas/archive/2022/08/downward-economic-mobility-boomer-generation-x-debt/671260/

Just an observation here: when you rip on Corpo America and Wall Street fat cats and start talking about systemic problems within the work world and how we have Crony Capitalism, not a free market, you get branded a Commie. Then when you say, “Oh wait a minute there, bucko. Just hold muh beer and I’ll tell you what I dislike about the government, too,” you’re a right-winger. 🤷🏻‍♀️ I see the same thing playing out in these discussions of the American Dream. We’re only supposed to have two viewpoints: yes, the American Dream is still alive and well if you bust your a$$ for it; or: no, it is totally dead and it has nothing at all to do with personal responsibility.

Why is there no rational middle ground in these discussions? 🤔

“What is the American dream anyway?

It’s a promise. The promise of doing better than your parents, who did better than theirs. The promise of owning property. It’s a keep off the grass sign. It’s a house in a town where you can walk to the train and still see the stars at night. It’s a Neiman Marcus credit card and a Cadillac Coupe DeVille. It’s that new-car smell and the mall packed for an entire month before Christmas. It’s two cars in a three-car garage, one of them a hybrid. It’s a McMansion on a cul-de-sac. It’s two kids and a dog with papers. It’s New Year’s Eve at an all-inclusive resort in the Caribbean. It’s a retirement fund that, like the patch of peonies that accents the box hedge, grows while you sleep. It’s perhaps the most American of FDR’s Four Freedoms: freedom from want. It’s every year more and bigger and stronger than the previous year. It’s living in bigger rooms, watching larger TVs, having fuller bank accounts.”

I almost can’t keep a straight face reading that, in part because a McMansion is of zero interest to me, but also because this all seems so outdated and out of reach for many people.

“Well, we’re waiting here in Allentown / For the Pennsylvania we never found / For the promises our teachers gave / If we worked hard, if we behaved / So the graduations hang on the wall / But they never really helped us at all / No they never taught us what was real / Iron and coke, chromium steel…”

Growing up in the Midwest in the 1980s, I heard that message all the time – sit down, do well in school, mind your manners, avoid trouble and the world is your oyster.

For us Xers, we weren’t drafted off to Vietnam, but many of us found that doing well in school, minding our manners, and avoiding crime simply wasn’t enough to guarantee a comfortable Middle Class life. Sorry, it just wasn’t. To me, it seems like the ball keeps being edged further down the court with each generation to make it more difficult to become Middle Class in America.

Again, I say: I believe we’re in a K shaped economy. It seems like people are getting squeezed out of the Middle Class and then find it difficult to get back in. Just to be clear: I’m not saying that all Baby Boomers were somehow automatically well off financially and never faced struggles. I recently watched the PBS documentary Tightrope and some of the interviewees are Baby Boomers living in conditions they wouldn’t have imagined. There seemed to be a general sentiment in the documentary, however, that it was easier to achieve Middle Class status in the 50s, 60s, and 70s.

“The middle class, once the economic stratum of a clear majority of American adults, has steadily contracted in the past five decades. The share of adults who live in middle-class households fell from 61% in 1971 to 50% in 2021, according to a new Pew Research Center analysis of government data.

Household incomes have risen considerably since 1970, but those of middle-class households have not climbed nearly as much as those of upper-income households. The median income of middle-class households in 2020 was 50% greater than in 1970 ($90,131 vs. $59,934), as measured in 2020 dollars. These gains were realized slowly, but for the most part steadily, with the exception of the period from 2000 to 2010, the so-called ‘lost decade,’ when incomes fell across the board.”
–https://www.pewresearch.org/fact-tank/2022/04/20/how-the-american-middle-class-has-changed-in-the-past-five-decades/#:~:text=The%20middle%20class%2C%20once%20the,Center%20analysis%20of%20government%20data.

Wages aren’t keeping up with inflation. If you feel like money doesn’t go as far as it used to, you’re not alone. So is it just a “whine-fest” if someone says that they feel squeezed out of the Middle Class and don’t see themselves being able to eclipse their parents? No, I don’t think so.

George Carlin once quipped, “That’s why they call it the American Dream– because you have to be asleep to believe it.”