“There is something in the air…”

Posted at 13:34h in Uncategorized by Sara Causey 0 Comments 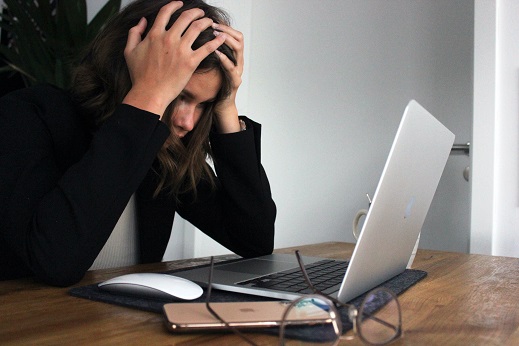 There is something in the air. It’s called stress, economic uncertainty, and worry.

If you go to CNN’s “Fear and Greed Index,” you’ll typically find the gauges in either Fear or Extreme Fear these days. https://www.cnn.com/markets/fear-and-greed

“Many retail workers have long considered their jobs thankless. But a growing number worry the occupation is becoming dangerous, too. Of assaults referred to the FBI by law enforcement from 2018 to 2020, the number taking place in grocery and convenience stores rose 63% and 75% respectively, The New York Times reports. And more than half of active-shooter attacks last year occurred at retail locations. ‘There is something in the air,’ a Washington state Safeway worker tells the Times, citing on-edge customers. ‘People are angry and frustrated and take it out on workers.'”

Clearly this is disturbing news albeit not surprising. Did you hear about the DHS bulletin? A lot of people didn’t. I talked about it on my Patreon channel and here on this blog, but I don’t recall hearing anything about it on TV news. In their bulletin, they pretty clearly predict a rise of violence this year, not a de-escalation. Similarly, we potentially have a horrific war brewing up in Europe.

“Sir Patrick, who just took over the top army post, described himself as the first chief of the general staff since 1941 to take command of the army in the shadow of a land war in Europe involving a continental power.

‘There is now a burning imperative to forge an Army capable of fighting alongside our allies and defeating Russia in battle,’ he wrote. ‘We are the generation that must prepare the Army to fight in Europe once again.'”
–https://nypost.com/2022/06/19/uk-army-chief-britain-must-prepare-to-fight-amid-ukraine-war/

Unfortunately, if we have things like rolling blackouts, food shortages, another pandemic, a significant economic downturn, a housing market collapse, even more layoffs, etc., I can’t see these situations getting any better in the short run.

“Associates were regularly verbally abused and too frequently physically attacked for enforcing public safety and/or corporate rules intended to protect workers and customers from the virus that has killed more than one million Americans and left many other with long-term medical issues.

The Times did an analysis of crime statistics published by the Federal Bureau of Investigation (FBI) and found that assaults from 2018 to 2020 increased 63 percent in grocery stores and 75 percent in convenience stores. More than two million assault cases were reported to the FBI during that period, with 82,000 taking place in shopping malls, convenience stores and other retail locations.

Retail stores, including King Soopers, Tops and Walmart, have been the sites of mass shooting incidents perpetrated by mentally ill individuals or those espousing political hate ideologies.

Around 80 looters last November blocked the street with their cars before they flooded into a Nordstrom store in California. They grabbed armfuls of merchandise inside the store and attacked associates with punches, kicks and pepper spray, according to NBC News. The raid took only one minute.”
–https://retailwire.com/discussion/retail-workers-want-the-right-to-defend-themselves/