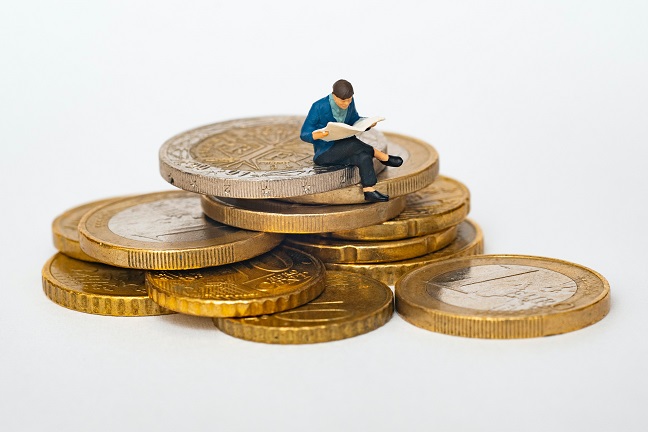 Photo by Mathieu Stern on Unsplash

Last Wednesday, Business Insider published the email that was sent by Redfin’s CEO regarding their recent layoff. You can find the article and the letter in their entirety here: https://www.businessinsider.com/redfin-lay-off-workers-housing-market-read-email-mortgages-compass-2022-6

The part I want to point out to you today:

“We’re losing many good people today, but in order for the rest to want to stay, we have to increase Redfin’s value. And to increase our value, we have to make money. We owe it to everyone who has invested your time or treasure in this company to become profitable, and then very profitable.” (emphasis mine)

Business Insider placed that paragraph after a heading which read, “It’s Time to Make Money.”

Corporations exist to make MONEY. They are not in business to make someone’s dreams come true or to give everyone the warm-fuzzies. Regardless of what their marketing department might tell you. On the other side of expansion (aka growth) is contraction. And we’re seeing it already in layoffs, hiring freezes, and rescinded offers. IMHO, The Great Resignation is done. Sorry to be the bearer of bad news, but it’s toast now. When you go on LinkedIn and the side panel of news is littered with layoff reports and your feed has many posts of people saying, “I got laid-off and thought I’d be hired again soon because: labor shortage, but this has gone on for weeks and I’m still not hired anywhere,” that’s not a sign of labor shortages and robust economic growth. Just sayin.
–https://causeyconsultingllc.com/2022/06/15/cynics-and-the-coffee-drinking-dog/

Further down in the letter we read:

“Our software and support are the industry’s best. But if our agents, lenders and customers wouldn’t themselves pay for an improvement in our software or support, preferring instead to work with a company with less overhead and better economics, we can’t pay for that improvement. This is a discipline that we need every leader, not just execs, to embrace. Fewer projects. Smaller teams. Shorter documents. Less analysis. Keep it simple.”

Personally, I think unemployment is higher now than what’s being reported. I also see a number of companies that may have had open roles going unfilled last year that have given up now. They see that the economy is headed into a bear market recession and they figure leaving those roles alone is better than onboarding someone.
–https://causeyconsultingllc.com/2022/06/15/cynics-and-the-coffee-drinking-dog/

Boilerplate here: I’m not a financial planner or advisor, economist, hedge fund manager, Nostradamus psychic oracle, etc. And I can’t give you financial advice. As a private individual, I would say it’s important to stay alert. Don’t be someone who decides to laugh now and cry later.

Do I anticipate World War Z or Mad Max? No. Do I think it’s possible that we could have another 2008-2010 Great Recession scenario? Yes, I think that’s a possibility. I hope I’m wrong, truly. Tough times are not fun BUT it’s important to remember that they are survivable.