Posted at 15:13h in Uncategorized by Sara Causey 1 Comment 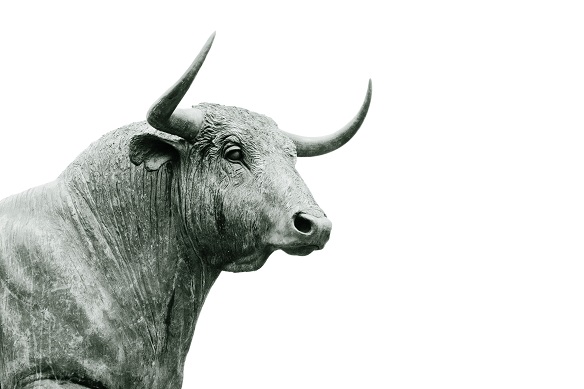 Photo by Hans Eiskonen on Unsplash

Michael Novogratz, described by MarketWatch as a “veteran investor and bitcoin bull,” was interviewed recently and, not surprisingly, he’s not putting out sunshine and roses:

“‘The economy is going to collapse,’ Novogratz told MarketWatch. ‘We are going to go into a really fast recession, and you can see that in lots of ways,’ he said, in a Wednesday interview before the Federal Reserve decided to undertake its biggest interest-rate hike in nearly three decades.”
–https://www.marketwatch.com/story/the-economy-is-going-to-collapse-says-wall-street-veteran-novogratz-we-are-going-to-go-into-a-really-fast-recession-11655328960#:~:text=%E2%80%9CThe%20economy%20is%20going%20to,hike%20in%20nearly%20three%20decades.

“‘Housing is starting to roll over,’ he said. ‘Inventories have exploded. There are layoffs in multiple industries, and the Fed is stuck,’ he said, ‘with a position of having to hike [interest rates] until inflation rolls over. ‘”
-From the same MarketWatch article

This tracks with everything I’m seeing, too. As I’ve shared before, I decided to strategically quit my real estate expansion goals for a while because, well, the market has been nucking futs. As interest rates got higher and greedy sellers got more and more absurd with their price points (on junk houses!), I thought, “Naw. Imma pass.” Where I live in the Midwest, sellers are still on another planet with their prices. To give but one example, there’s a house that sold in March for $500K, which is a solid $200K over the true value of the place. It was listed by the current owners at the beginning of June for over $600K! Already. IDK the people or the situation. Dunno if the house has a lot of problems, the area is unsafe, they overloaded their butts financially… 🤷🏻‍♀️ But in looking at the photos of the place, they haven’t made any improvements to justify the price hike and they have plenty of toys around: multiple trucks, a Winnebago, ATVs, motorcycles, electronics and giant TVs in every room, etc. Part of me is like, “Well, that’s how it goes. Добро пожаловать в Америку. (Welcome to America.)” George Carlin had some great commentary about how Americans accumulate too much stuff and we use our houses as a way to store all the stuff. So I’d be willing to bet the people who want to get rid of their overpriced house overloaded themselves and want someone else to bail them out now. If you think there won’t be an abundance of people like that in the coming months, IDK what to tell ya.

Novogratz also draws a parallel between the current crypto situation and the Long-Term Capital Management mess. If you’re not familiar, here’s the TL;DR summary:

“Long-Term Capital Management (LTCM) was a large hedge fund, led by Nobel Prize-winning economists and renowned Wall Street traders, that blew up in 1998, forcing the U.S. government to intervene to prevent financial markets from collapsing.”
–https://www.investopedia.com/terms/l/longtermcapital.asp

Gotta love those “too big to fail” bailouts that get handed out. 😒

IDK if there will be a crypto bailout. I don’t know anywhere near enough about crypto to even make a general observation on that. From an HR perspective, I feel like there’s another parallel between the job market and the LTCM debacle:

“LTCM started with just over $1 billion in initial assets and focused on bond trading. The trading strategy of the fund was to make convergence trades, which involve taking advantage of arbitrage opportunities between securities. To be successful, these securities must be incorrectly priced, relative to one another, at the time of the trade.”
-Also from the Investopedia article (emphasis mine)

LTCM had a big run for about four years and it had more than $1 billion in capital to work with. When the bottom dropped out, they had losses close to $4 billion. So how is this like the job market? Well, IMO, we’re seeing the repercussions of it now. Companies who overstaffed. Companies who overpaid. Companies who duplicated positions unnecessarily. The amount of money that flew out during The Great Resignation was staggering. Candidates knew they could ask for large pay raises every time they hopped, so they did. Some companies had to use speed hiring like speed dating to get people in the door. Believe me, there were many times I had to tell hiring managers to move their butts and not sit around if they talked to a great candidate. During the manufacturing boom back in 2018-2019, a talented welder or machinist would be on the job market less than 24 hours. After losing multiple deals, I told client companies I would only work with them if they could move fast. Fish or cut bait, bottom line.

What happens to red hot markets? Do they last forever? NO.

Think about the number of people you’ve heard who said crypto could only trend up or that housing prices would never go down again. Hate to break it to you, but the same thing occurs in the job market. Sometimes it’s a candidate-driven market, other times it is not. Sometimes there are more open jobs than workers, sometimes not.

I suspect, at the risk of getting rotten tomatoes thrown at me, we’re headed into the latter right now. Prepare, don’t panic.