Posted at 15:26h in Uncategorized by Sara Causey 0 Comments 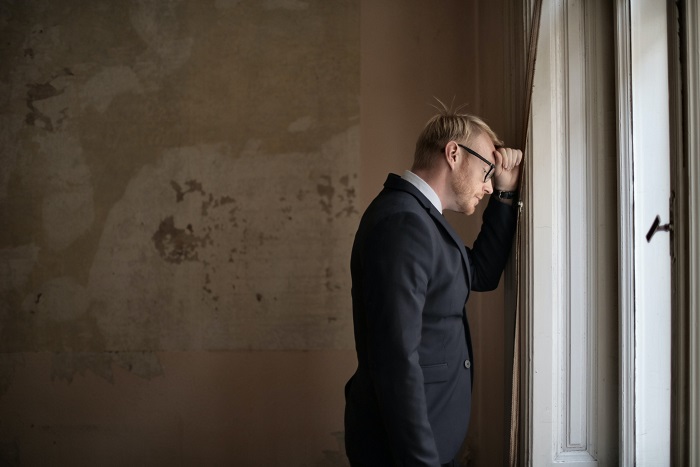 Photo by Andrea Piacquadio on Pexels.

As per usual, Orlando Miner is out here preaching the good word.

We’re getting to a deep intersection of priorities and people needing to make some tough choices. I understand this is not the sexiest and most exciting topic. I get it. But it’s still important for you to be prepared.

Over the weekend, I saw Orlando’s video “Working From Home is OVER (Companies END Remote Work) | Housing Market 2022,” which you can find here: https://www.youtube.com/watch?v=1bpHF5tqD9E. As Orlando points out, Elon Musk is the main focus right now because of the leaked email and his staunch attitude about it. The power brokers know there’s a poop storm a’brewing and they’re planning for it:

“Tesla CEO Elon Musk has a ‘super bad feeling’ about the economy and needs to cut about 10% of jobs at the electric carmaker, he said in an email to executives seen by Reuters.

The message, sent on Thursday and titled ‘pause all hiring worldwide,’ came two days after the billionaire told staff to return to the workplace or leave, and adds to a growing chorus of warnings from business leaders about the risks of recession.”
–https://www.cnbc.com/2022/06/03/feeling-super-bad-about-economy-musk-wants-to-cut-10percent-of-tesla-jobs.html

“JPMorgan Chase CEO Jamie Dimon says he is preparing the biggest U.S. bank for an economic hurricane on the horizon and advised investors to do the same.

‘You know, I said there’s storm clouds but I’m going to change it … it’s a hurricane,’ Dimon said Wednesday at a financial conference in New York. While conditions seem ‘fine’ at the moment, nobody knows if the hurricane is ‘a minor one or Superstorm Sandy,’ he added.

‘You’d better brace yourself,’ Dimon told the roomful of analysts and investors. ‘JPMorgan is bracing ourselves and we’re going to be very conservative with our balance sheet.'”
–https://www.cnbc.com/2022/06/01/jamie-dimon-says-brace-yourself-for-an-economic-hurricane-caused-by-the-fed-and-ukraine-war.html

Like Orlando, I too think there will be no small number of folks caught off-guard by said poop storm. In some cases, it’s willful ignorance and in some cases, it will be normalcy bias. In a situation, for example, where someone is in the process of buying a house or having one built and this decision is predicated on being able to work remotely in that home and then the employer pulls the “come on back to the office” routine, what then? In some cases, people have bought homes off the beaten path and a commute to work would be either totally impossible or incredibly lengthy and costly.

This situation will get ugly, no doubt. With so many people living paycheck-to-paycheck and not having enough in savings to cover a basic emergency, I don’t see how a huge nationwide mutiny against RTO could take place for a significant length of time. I just don’t. Maybe I’m wrong on that. Time will tell.

I also appreciate that Orlando points out what all of us business owners know: your employees are not the same as you! Stop expecting them to be. Elon’s little hissy-fit, “The more senior you are, the more visible must be your presence. That is why I lived in the factory so much – so that those on the line could see me working alongside them. If I had not done that, Tesla would long ago have gone bankrupt” is a red herring. Sorry, it is. When you OWN the damn company, that’s what you do. Asking someone making a $60K salary as a W2 employee to have the same pride of ownership and deep-seated commitment as you is ludicrous. I used to work for a person who had that, “Woe is me. Heavy is the head that wears the crown” attitude about business ownership and it drove me up the wall. I hated it. Like: you chose to do this. No one forced you into it – you chose that life. Oh and you also get to roll in at 10am in jeans and t-shirt, leave at 3pm, and do whatever you feel like. So… don’t preach to us peons about how stressful your life is, pal. 🙄 People do not want to live inside your factory and LARP that they too will become billionaires.

It’s important to stay alert. The markets seem to shift on a daily basis. Please do not assume that there is just no way your employer would ever insist on RTO. It could happen so fast. A lot of firms still own commercial real estate, even though they sent everyone home during the pandemic. More of the major players are feeling increasingly empowered to do the Elon and simply say, “Come back full-time or there’s the door.”

Ultimately, I agree with Orlando’s assessment that some companies will maintain a WFH policy, whereas many will not. For those who do allow WFH, it will be a huge centerpiece of their advertising and recruiting efforts. The competition for those remote-only roles will also be high in accordance with the law of supply and demand. The butt-in-seat employers will be inhabited by loud extroverts who don’t enjoy being at home and people who feel like they have no other options. (It is what it is.) I’m not really sure how that will lead to the development of innovative, cutting edge products like Elon says, but IDK. I’m not the world’s richest man, so I’m willing to admit he knows things that I do not.

I want to leave you with this pearl of wisdom from the comments section in Orlando’s video on YouTube:

“Those wanting to go back in to the office are the same ones that don’t do anything when they are there. They need the actual workers to come back in so they can grab onto their project and act like they do something. Hard to do that when you are working remote. -El Moco Taco”

I agree. A person who is determined to goof-off and do the bare minimum can do that in the office just as they can at home. The push for RTO is about so very much more than its veneer of productivity and engagement. Trust and believe.