Posted at 15:34h in Uncategorized by Sara Causey 2 Comments 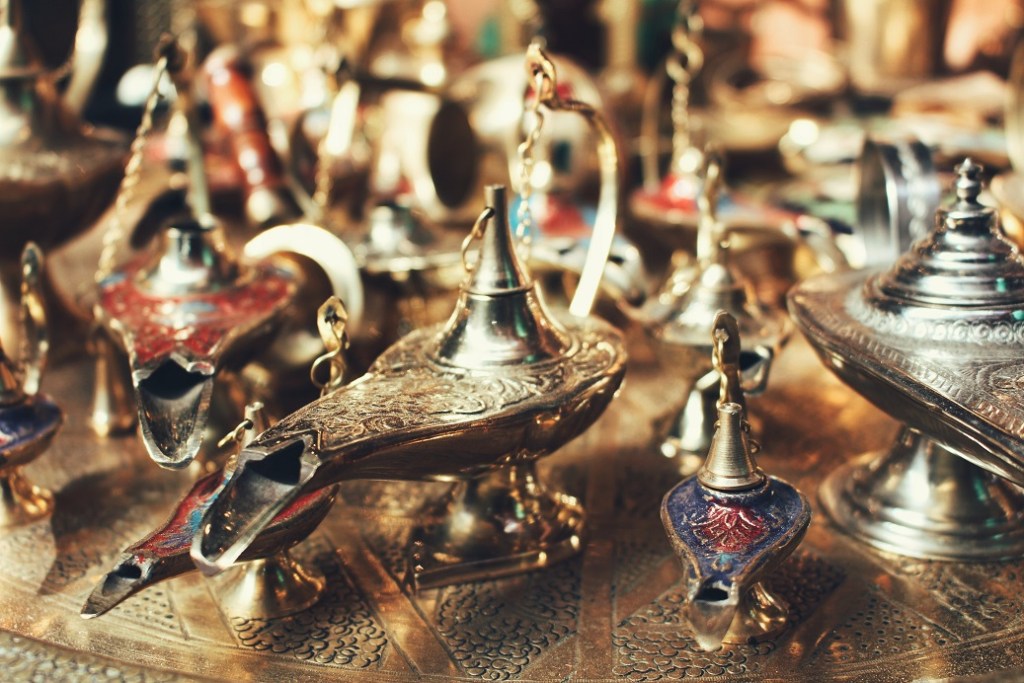 Photo by Louis Hansel on Unsplash

In keeping with the need to assign a name to everything, we now have “The Great Resistance” to describe the collision of companies who want workers butt-in-seat in the office versus workers who want to continue working from home.

“The genie can’t be put back in the bottle … and the American worker can’t be put back in the office? That’s the conclusion of a new report from payroll provider ADP, which says the shift away from in-office work ‘cannot be undone.’ Though companies have tried to lure employees back to their desks with everything from taco trucks to Lizzo concerts, many people are digging ‘their heels into their sofas’ and standing firm on wanting to work from home — a phenomenon MarketWatch calls the Great Resistance. If required to work in-person, roughly as many people would look for a new job as would do so in the event of a pay freeze, ADP found.”
–https://www.linkedin.com/news/story/rto-workers-say-make-me-5868394/

I feel like this is another, “Well duh” moment.

The article that LinkedIn references can be found here: https://www.marketwatch.com/story/workers-dont-want-toys-or-free-food-they-want-a-higher-quality-of-life-the-great-resistance-is-here-companies-struggle-to-get-workers-back-to-the-office-11653281432?utm_source=elinfonet

The byline reads, “‘I’m very outspoken about my desire to never work in an office again,’ one such worker tells MarketWatch.”

Likewise. I feel like Obi-Wan: “Well, of course I know him. He’s me.” I don’t miss office work at all at all at all and have no intention to ever go back for any reason.

From the MarketWatch article:

“Amy Faust Liggayu, 32, a market-research project manager based in Tinley Park, Ill., and mother of a 7-month-old son, never imagined she would have a life where she could spend five days a week with him while also working full time. But that was before March 2020, when the COVID-19 pandemic forced offices across the country to tell their employees to work from home. She had previously spent $20 a day commuting four days a week and worked the fifth day from home, but when her manager called employees back full time, a move many other businesses are making now that vaccines are widely available and the worst days of the pandemic appear to have receded, she was not willing to give up all that freedom remote work had given her.”

This gave me a bad flashback to my own days of commuting. Putting a lot of miles on the car. Having to get mauled at the gas pump whenever fuel prices were high. Time away from home. Spending money on toll road fees just to get to the city. Yuck. No thanks.

“The Great Resignation — regarded by some observers as more of a Great Negotiation for better pay and working conditions — has led to the Great Resistance, a battle of wills between senior management and, well, everyone else.” (emphasis mine)

It seems like that should tell you what you need to know. Upper management folks who have plenty of freedom inherent in their positions versus the peons. Another case of workplace feudalism if you ask me. Rules for thee but not for me! I get to slip off and go golfing whenever I want to. Come in late. Leave early. Use up all my PTO. But you peons better be here, butt-in-seat for corporate culture purposes. 🙄

“Faust Liggayu counts herself among the Great Resistance. She would often not arrive home until 6:30 p.m. if she left the office at 5 p.m. Those were precious hours lost with her son. ‘I’m very outspoken about my desire to never work in an office again,’ she said. ‘The quality of life is so much better when you can cut out that commute or spend your lunch break with your family.'”

Agree 100%. I had a similarly long commute whenever I worked outside the home. I had to get up between 4 and 4:30am depending on what needed to be accomplished before I left. I am not an early morning person by nature, so it was not exactly fun. I would also not arrive home until 6 or 6:30pm, depending on traffic. In the winter, I experienced no daylight at home except on the weekends. Monday through Friday, it was dark when I left and dark when I got home. This obviously did nothing to help feelings of SAD.

The interviewee’s story has a happy ending – she left her employer who wanted RTO and found a WFH opportunity that paid considerably more. Not all companies are listening, however, and some of them just DGAF:

“A group, ‘Apple Together,’ signed an open letter to the tech giant, claiming more than 3,000 signatures from workers, rejecting a hybrid work model and asking the company to allow them to make their own decisions. ‘Stop treating us like school kids who need to be told when to be where and what homework to do,’ they wrote. (Apple did not respond to a request for comment.)” (emphasis mine)

Well said. Adults who are performing the job you hired them to do should NOT be treated like little toddlers.

“‘There is definitely a sense of resistance amongst employees against the full-week, all-day, in-person work concept,’ said Vanessa Burbano, an associate professor of business at Columbia Business School in New York. ‘Remote working enables a degree of flexibility in the day that is practically impossible to recreate in a physical co-working space.'”

Let’s not mealy-mouth around. It’s not “practically impossible,” IT IS IMPOSSIBLE. People have juxtaposed the so-called “magic of being together” with the magic of being at home with privacy and freedom and decided the latter is much, much better than the former. I make 0 apologies for not missing cubicles, florescent lighting, in-office bigots, long commutes, dull meetings, lunch’n’learns, etc. I was talking to a friend the other day about bizarre, uncomfortable, and flat-out unsafe situations I experienced when I was working in office environments. In one such situation, I was in an interview room just myself and the candidate. The candidate was clearly on the make and he started unbuttoning his shirt. I wanted to crawl out of my own skin. I had to leave the room and go find a colleague to come in. Once he did, I’ve never seen someone button a shirt up so fast in all my life. But why did I have to go through that? WTF was the necessity of it? So gross.

One statistic they mention is very telling and I want to call special attention to it:

Please remember that whenever these goofballs tell you that RTO is important for the youngsters. They are just clamoring for in-office interactions! No, they are not. So stop pedaling that BS nonsense.

“But spending all that time working from your sofa or kitchen table — or, if you’re lucky enough to have one, a home office — may be a more expensive tradeoff for employees and management than they anticipate. ‘What they don’t realize is that their networks will slowly shrink as they spend more time at home, and this can hamper their effectiveness long term,’ [Peter] Gray said.”

Disagree. Please do not buy into this type of fear-mongering. In the time that I’ve been 100% remote, do you know what’s happened? My network and my roster of clients who know, like, and trust me has grown exponentially! Way more than if I were butt-in-seat in a Cube Farm working for someone else and focused on one particular city or regional market. Your network does not have to shrink if you are working from your sofa versus working in an office. 😒

“Skeptics also worry that some people may be tempted to take advantage of remote work by, say, spending an hour or two catching up on their favorite TV show while keeping a casual eye on their work emails — or worse, taking the entire day off and going to the beach, answering the occasional Slack message from under an umbrella. In fact, eight out of 10 remote workers in one 2020 survey admitted to slacking off.”

IMO, this is what the RTO and hybrid work pushes are actually about. Getting you back to the Digital Panopticon so that you can be watched. Because if you are not treated as a child or an inmate, well, you might commit a naughty by slipping off to the beach. It’s not about engagement, it’s about surveillance. It’s not about cooperation, it’s about control.

“Social media is filled with people claiming they will point-blank refuse to commute again. ‘I’m not going back to the office with these gas prices,’ one person recently wrote on Twitter. ‘The gas people and the commercial real-estate people are just gonna have to fight it out amongst themselves.’ Another added bluntly: ‘Not in the mood to work or be around people.'”

😆 A great observation. The gas people and the commercial real estate people will just have to fight it out. As an introvert, I accomplish so much more as an individual contributor. I feel more comfortable and I can achieve the type of focus and flow that I find meaningful.

“Faust Liggayu doesn’t fully buy the brainstorming-by-the-watercooler argument. ‘At my previous job, we had a meeting every morning to go over the workload for the day. That meeting would sometimes last an hour because we would just bulls*** about everything. But if you have enough calls where you can be spontaneous and a good team that works together well, you can still have that environment.'”

Yes, you can. I’ve talked about this same bit of corporate hokum. I never once saw some Hollywood-esque ah-ha moment at a water cooler. Ever.

So y’all need to come on back to the office and deal with a long and expensive commute because there’s no substitute for the spontaneous ideas that supposedly happen serendipitously at the coffee pot. Riiiiiiiiiiiight.

It’s not 1985 anymore. I can’t believe anyone out there would actually buy into this crap. I worked in offices for most of my career and let me tell you: I never saw these sudden Eureka! moments of a major business breakthrough happening around the coffee pot. What I actually saw was people half-asleep drinking coffee and people participating in office gossip. #realtalk
–https://causeyconsultingllc.com/2022/05/16/ha-ha/

One last thing I want to point out before I leave this article:

“But many companies want workers back. Google parent company Alphabet, Apple, Facebook parent Meta, and Microsoft Corp. have requested workers go back to the office at least a few days a week. Jefferies Financial Group, JPMorgan Chase, and Goldman Sachs Group are among the financial institutions that have also asked workers to return.”

I wanted to mention this part because those companies are not small mom & pop shops no one has ever heard of. If you believe we are living in an era of Crony Capitalism, this should trouble you. Why? Well, because those companies are full of power brokers. Some of those folks are in the big club that you and I are not a part of. It sounds to me like they are fighting for RTO to get workers back, butt-in-seat, I am sure for their own financial interests as well as to exert a sense of control. Your resignation revolution is over! Get your butts back in these seats and do as your told!

As I wrote in Shady People Who Want Your Money, they are telling you what’s coming. If a recession hits and unemployment goes up, they know they will hold the cards. And it appears they want an RTO revival.

Things might get pretty hairy over the coming months . . .