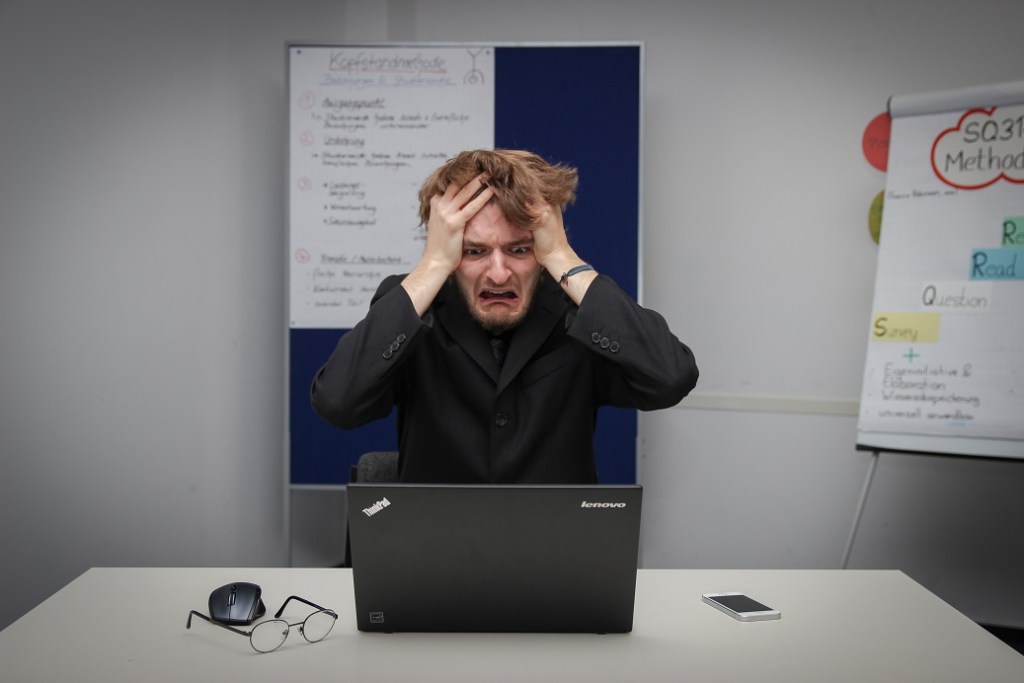 Photo by Sebastian Herrmann on Unsplash

In an article that should surprise no one, LinkedIn asserts, “Workers can’t escape their emails.” (https://www.linkedin.com/news/story/workers-cant-escape-their-emails-5845418/) I would add tools like Zoom, Slack, Teams, etc., to that list. I don’t think email takes all the blame.

“Are constant pings pinching a nerve? You’re not alone. More than 40% of workers are spending more time on emails than a year ago, according to a recent international survey, per HR Dive. U.S. workers are feeling ‘notification fatigue’ the most, with 63% saying they check their email outside of work hours and 62% saying they feel the need to reply instantly. What’s the solution? More than half of respondents believe that ‘more efficient meetings’ could help cut down on the number of notifications.”

It seems like more efficiency all the way around is the answer.

The article that LinkedIn references is from HRDive and you can find it here: https://www.hrdive.com/news/notification-fatigue-productivity-asana/623419/?utm_source=Sailthru&utm_medium=email&utm_campaign=Issue:%202022-05-10%20HR%20Dive%20[issue:41622]&utm_term=HR%20Dive

One of the bullet points supports my assertion:

“Additionally, Asana found that U.S. workers use nine apps a day to get tasks done. While this number is smaller than Asana’s 2021 report metric (which was 13 apps a day), managers surveyed for the 2022 report use about 10 apps a day, on average, to address their work responsibilities. Whereas workers overall at large companies tended to use nine apps a day and staff at smaller companies used six, employees at medium-size companies were likely to use 10.”

WTH are you doing in all of these apps?!?!? I have to believe some of these are the trifecta of horrors: Zoom, Slack, and Teams where everyone is all pinging each other all the damn time. Yuck.

The next bullet point also speaks to my assertion:

“Respondents noted the ways switching between apps tanked their productivity, with 19% reporting reduced attention to tasks and 17% admitting they worked longer hours because of it. Overall, 21% of respondents agreed that flicking between apps had made them less efficient at their job.”

How could you not be less efficient if you have all of these different apps to deal with? I once worked with a start-up company that wanted to use multiple different ways to communicate with me and then would act frustrated if I did not see a message immediately. Meanwhile, how could I when they were: using the phone, using email, using Slack, using text messages, using Google Hangouts, etc. That’s way too many platforms for one person to be responsible for. I quickly determined that I needed to set an important ground rule with clients that, if you need something, you email. If it’s a true emergency, you can call during business hours. But there will be 0 Slack channels, Zoom calls, Google Hangouts, etc. And I do not miss any of that mess. As a result, I’m more productive and I can focus much better on the work I need to do.

As for the sense of urgency, I feel that companies encourage the rightdamnnow mentality. I know I fell into it big time when I was in third-party staffing. Hurry up. Do it now. NOW. NOW, DAMMIT, NOW. There was so much pressure. There’s a difference between being proactive and responsible versus treating everything like a hair-on-fire emergency or being a Chicken Little. During the throes of The Great Resignation, companies needed to move fast in order to hire anyone. There were candidates on the market for less than 24 hours. But do I think that means we need to be up at 3am frantically sending emails and Slack messages and whatever else? Nope.

“With enough practice, it only takes a few seconds to go through these questions mentally. (Ferguson quips that it took him three marriages to learn that lesson.)

There are three things you must always ask yourself before you say anything:

This method has been a life-saver for me more times than I can count. And I believe it can be applied within companies as well. Simply taking an objective step back to ask, “Do I really need to disturb this person right now? Do I really need 10 different apps for communication with one team?” could help tremendously.