What RTO Doesn’t Get

18 May What RTO Doesn’t Get

Subtitled: Or what RTO doesn’t care to get. 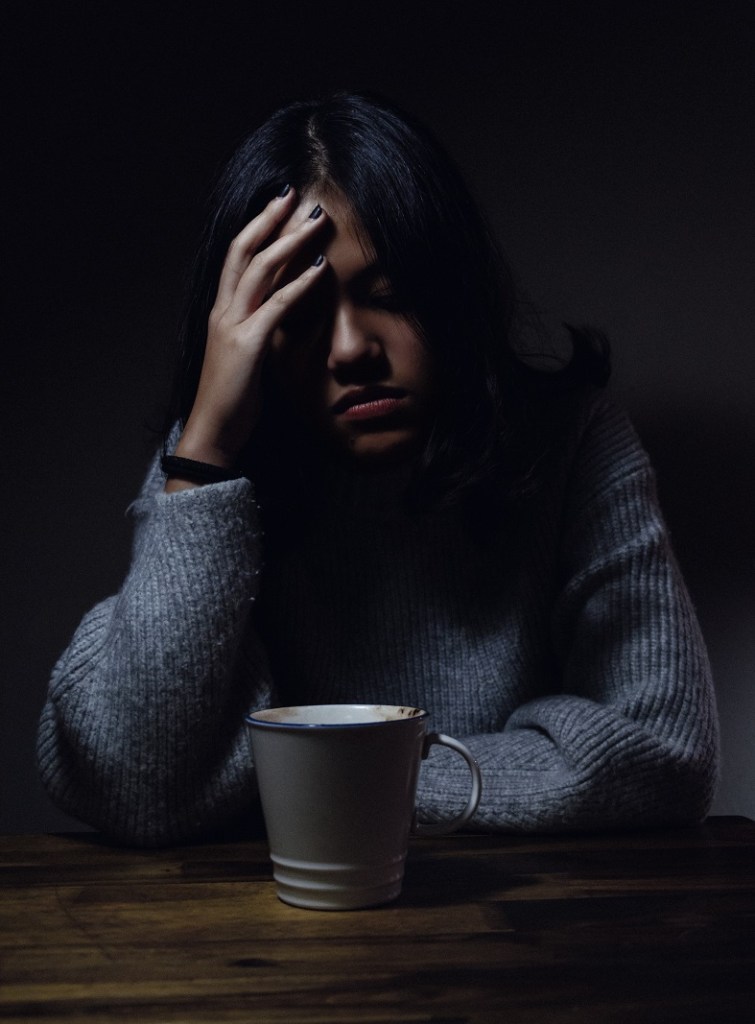 Photo by Anh Nguyen on Unsplash

I’m not one to bury a thesis or edge around making a bold statement. So I’ll just say it: not everyone on this planet is a 25-year-old WASP who wants to be on camera all day. Live in the now.

I was watching MTV Classic the other day to enjoy their “I Want My 80s” block and it seemed like every second or third commercial was for some show called Siesta Key. And I thought, “It seems like Corporate America believes everyone looks like this (or should) and they want to be on camera all the time like this fake ‘reality’ show.” It’s like cameras have become so ubiquitous in our lives that we’re all supposed to LARP all day by being surveilled. 🤮

I recently saw a post on LinkedIn (which you can find here https://www.linkedin.com/posts/eealbrecht_lawdad-law-biglaw-activity-6930638247794552832-rjgR?utm_source=linkedin_share&utm_medium=member_desktop_web) about a person who did not want to wear his kippah on a Zoom call. He tells a heartbreaking story:

“In law school, many of my Jewish classmates and I did not wear Kipas fearing rising antisemitism and incidents of hate on campus. Once again, I stuffed my Kipa in my pocket.

When interviewing for jobs, my mentors unanimously told me, ‘if you wear a Kipa to interview you will never get hired.’ I swallowed hard, pulled it off my head, and stuffed it in my pocket.”

I am part of a minority myself and yet I have the same concerns because discrimination, racism, bigotry, etc., are still alive and well. So I again return to the same thesis: not everyone is some young WASP who wants to LARP that they are on a reality show by being on Zoom all day. Please stop assuming that being on camera all the time is a wanted interaction. For many of us, it is not.

Yesterday, LinkedIn published “For minorities, WFH is balm and risk” and it at least brings this point up to a broader audience. (https://www.linkedin.com/news/story/for-minorities-wfh-is-balm-and-risk-5331252/) In the blurb, editor Jake Perez writes:

“Working from home has been a comfort for many minority professionals, but the flexibility could come at a longer-term price to their career advancement. Many say they’re spared daily ‘microaggressions’ by working remotely. The often-subtle, disparaging experiences can still happen online, but working from home helps ‘reduce the sting,’ they tell The Wall Street Journal. Still, workplace experts worry about negative consequences down the road — that minority workers could be ‘forgotten by distant bosses’ and miss out on new opportunities.”

I can honestly say the peace of mind that comes from not being in a cesspool of racism, forced competition, backstabbers, liars, etc., is amazing. I’m not alone in feeling this way: 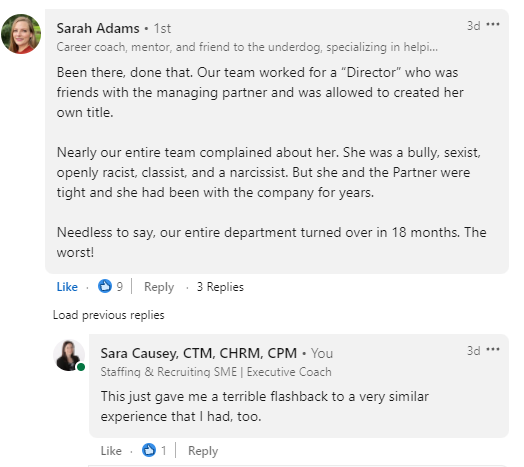 I have talked before about workplace psychopathy and how these people seem to fail upward as they kiss the right butts or know the right people. We can’t pretend they don’t exist.

The WSJ article that LinkedIn references can be found here: https://www.wsj.com/articles/minority-workers-prefer-remote-microaggresions-11652452865?st=dflq4e5rujfxl48&reflink=article_copyURL_share. Unfortunately, it requires a subscription so the most we get to see without one is a terrible story about a woman who was harassed at work because she usually wore an afro. When she put her hair into a bun instead, a colleague told her that her hair looked “more elegant” that way. The LA Times published an op-ed last month that we can read for free by going here: https://www.latimes.com/opinion/story/2022-04-03/work-from-home-race-office. In that article, we learn:

“A November survey of knowledge workers found that 86% of Latino workers and 81% of Asian/Asian American and Black workers would prefer a hybrid or fully remote arrangement, compared with 75% of their white counterparts.”

-Clearly, MOST people prefer not to “come on back to the office” in spite of whatever corporate hokum you read on LinkedIn about people missing free pizza parties and donuts in the breakroom. 🙄

The opening paragraph is IMO spot-on:

“Let’s suppose for a second that offices, microcosms of the real world, have always been less-than-neutral spaces for people of color. Spaces that, over the course of time, could sometimes feel like living too close to radiation. Which is to say, sooner or later it was going to exact a toll.”

That feels like a perfect analogy to me. When you are sat in an office environment teeming with racism, homophobia, antisemitism, classism, etc., it does feel like living too close to radiation. You also feel torn between snapping the hell off and telling everyone to stop their inappropriate and cruel behavior versus being fired, threatened, or even assaulted. (The latter happened to me in a scary incident with a bigot.)

Also from the LA Times:

“I was one of the new remote workers, and the experience revealed an unexpected and until now unvoiced joy: Working, free from daily office interactions, let the focus stay on work. Absent any other interpersonal weirdness.” (emphasis mine)

This is also a boon to introverts and individuals with neurodivergence who may have felt uncomfortable in loud, distracting office spaces. Allowing the quality of your work to speak for itself rather than being weighed and measured on how “social” (aka butt-kissy) you are in the office is fantastic. I don’t ever want to be butt-in-seat in an office again. Ever. For any reason. Don’t miss it, don’t want it back.

In the LA Times article, Eugene S. Robinson mentions this as well:

“Shanda Wilson, a 41-year-old African American founder and CEO of a Washington, D.C.-based digital services firm called INSHIFT, said she prefers remote work for similar reasons. Online she’s more productive. And she’s an introvert, for whom ‘the office may not be really helpful,’ she told me. ‘For lots of different reasons. With remote work I’ve seen some people really soar though.'”

A little further down, another important point is made:

Since white male knowledge workers are most likely to be present in offices today, and less likely to work virtually, the poll also evokes the double-edged nature of remote work. Working from home helps people of color avoid certain pitfalls, but it also excludes them from proximity’s benefits.” (emphasis mine)

That’s something I want you to keep in mind when you see the LinkedIn corporate sycophants on the platform pining for the office and saying they miss pizza parties and scarfing down (stale) donuts in the breakroom every morning. In my mind, these people are either paid shills pushing out a corporate-approved message or they were flat-out having a different f**king experience in the office than minority groups, introverts, and neurodivergent individuals.

I mean, you need only look at the “Look at how much fun we’re having” propaganda like this to see what I mean. Jeez.