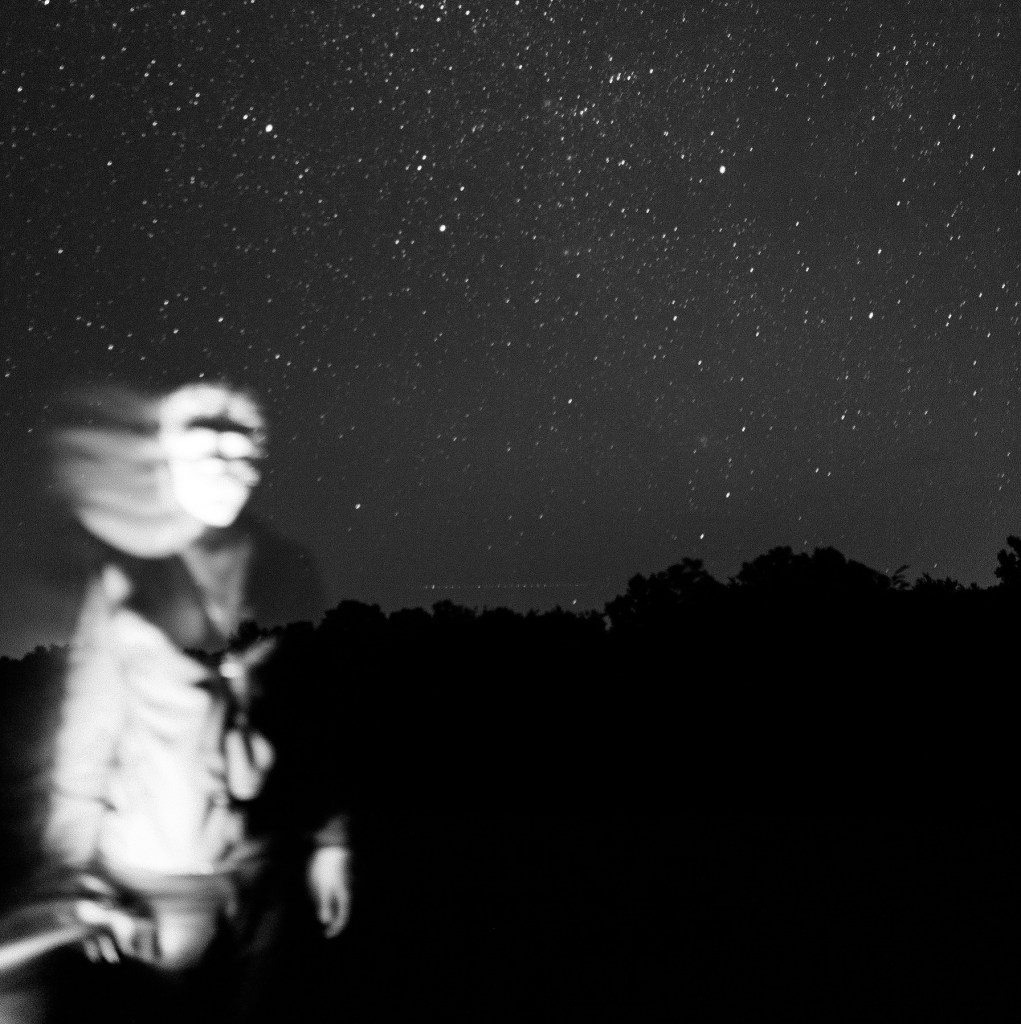 Photo by andrewtneel on Unsplash.

Years ago, one of my clients told me a story I’ve never forgotten. This client worked for a refinery (you’d recognize the name if I said it) and they had recently hired an engineering manager. Or so they thought. This was before candidate ghosting had become so pervasive and it genuinely shocked them. This candidate had accepted the job and a start date was set. On day 1, he was nowhere to be found. This refinery was in an area with a lot of traffic and the initial thought was, “Oh, he must be stuck in rush hour traffic.” Then it became, “OMG. Maybe he’s been in an accident.” After about an hour, someone in HR called his cell phone. He answered it rather nonchalantly and when they asked him if everything was OK, he said, “Oh yes, I’m fine. I’m actually sitting in the HR department right now at ___ (company name omitted) filling out my first day paperwork with them. I meant to call you and tell you that I had accepted another job but I guess it slipped my mind. Sorry.”

Last week, LinkedIn published an article titled, “Why so many new hires are no-shows,” which you can find here: https://www.linkedin.com/news/story/why-so-many-new-hires-are-no-shows-5847458/. In the blurb, editor Melissa Cantor writes:

“Don’t count your new hires before they’re hatched. According to The Wall Street Journal, an alarming number of people who accept employment offers fail to show up for their first day on the job. Some experts think getting ghosted is inevitable as job seekers navigate the most favorable labor market in the last half-century. Others blame dating apps for a behavior that has now crossed into the professional sphere. But whatever the cause, taking steps like shortening the hiring process and asking people to formally accept and sign offer letters, could leave you with fewer no-shows.

-Southwest Airlines said 15-20% of new hires are MIA on their first day.
-Allied United, which provides security and facility services and employs about 300,000 people, puts the number at 18%.
-A Texas home cleaning company says around 80% of people ghost before they start or after one or two training sessions.”

The last statistic of 80% no-showing or vanishing after a day or two is certainly the most attention-getting.

So… what’s going on here?

The theories posited in the blurb are not bad. Yes, The Great Resignation has without a doubt propelled us firmly into a candidate-driven market. It’s analogous to the extreme seller’s market we’ve seen in real estate. Back in 2021, someone could set a burned-out shotgun shack on 10 acres and ask an exorbitant price for it… and get it! And the ubiquitous nature of dating apps where someone quickly swipes left or right in a split-second could certainly be pointed to as a major source of cultural ghosting. But why is ghosting happening in the job market specifically?

The article on LinkedIn references another one from WSJ, which you can find here: https://www.wsj.com/articles/job-ghosting-new-hires-employment-11651759368. And it attempts to ask that question of why ghosting is happening in the job market.

It opens with the following tale of woe:

“Enervise Inc. recently found someone to fill a $75,000 per year position. The new employee said he would move to Cincinnati and report for orientation at 8 a.m. on the first Monday. The day before, he had sent an e-mail to say that he had changed his mind.

Caught off guard, Aaron Dorfman, the plumbing and facilities services firm’s hiring manager, responded via email. No answer. ‘I called too, and it was just crickets,’ he said.

Add another stunning new feature to the post-Covid employment landscape: a job is not filled until the new employee shows up for work.”

Ghosting on day 1 is not a new feature unique to Covid – it’s just becoming a helluva lot more common.

“The practice, often called ghosting, is not new. In the tight labor market that preceded the pandemic, employers reported that some staff quit without notice or simply stopped showing up for their shifts. The practice has taken on its own shorthand: ‘no call, no show’.”

In third-party staffing, we typically labeled it “no show, no call” and that was a kiss of death. If you refused to turn up for work on the first day and didn’t contact anyone to say you weren’t coming, it was like a death sentence on ever working with that agency again. But, as I’ve argued before, staffing agencies are a dime-a-dozen now. The barriers to entry are still kinda low and there’s an agency on every street corner (even if only a virtual corner nowadays). Candidates don’t care if they offend someone at Billy Bob’s Staffing Co. 🤷🏻‍♀️ But here’s the other kicker, folks: this is applicable with actual companies, too. Am I saying it’s right? No. Am I saying I understand it? Yes. Hiring managers have had the upper-hand in job searches for so long. I’m old enough to remember the days of essentially groveling in order to get hired. The younger generations look at that practice and refuse to participate in it. I don’t blame them.

“In posts on Twitter, workers offered all sorts of reasons for cutting new jobs. They said they got better deals between when they were hired and when they were supposed to show up. They claimed to have discovered that the pay was lower or that the hours or conditions were different from what they had been told. Some even complained that recruiting companies had previously ignored them after interviews or applications.”

I think it’s important to look at both sides of this coin – not only employers saying, “Where TH is this person on day 1?!?” but also the candidate who opted not to show up. Were the conditions misrepresented? Did they do some investigating on Glassdoor or Indeed and find horrible reviews? I don’t believe this issue is totally cut and dry.

The Texas company mentioned above who says they had an 80% rate of early ghosting is quoted in the WSJ article:

“Sometimes job seekers sign up and almost immediately stop responding to text messages about where to go for training. Others show up for one or two shifts and then disappear without collecting their paycheck. About 80% of new hires end up disappearing without notice, Ms. Zhang said. About two months ago, after it happened again, she hit a breaking point. ‘I was so angry,’ she said. She updated the company’s online job listings to say, ‘Please apply if you are a serious JOB SEARCHER. No job ghosting.’ Even that, she says, didn’t help.”

Yeah, umm, quelle surprise. One tip from me to you: don’t get tacky in your job descriptions. Putting things in all-caps and warning people about what you won’t tolerate doesn’t send off a great signal. Speaking of dating profiles, think about someone who writes, “Serious daters ONLY. If you’re a flake, a druggie, or a weirdo, leave me alone.” Does that excite you? Probably not. It seems like a big red flag to me. Back in December, I published a podcast episode called “Decoding Job Descriptions: What Do They Actually Mean?” which you can find here: https://www.buzzsprout.com/1125110/9566995. And one of the things I mention is the weird vibe of companies who write things like, “No one likes a jerk,” in their job descriptions. Like, wut? Why do you feel the need to say that? Do you attract a lot of jerks? And how do you define a jerk? Is it anyone who dares to disagree with your status quo? Just food for thought…

“After seeing an increase in the number of candidates declining its offers, technology company NetApp Inc. streamlined its recruitment processes and reduced the number of interviews for certain positions. The idea, said human resources director Debra McCowan, is to speed up the process for applicants. ‘More than ever, talent has a choice,’ she said.”

Yay! Someone who saw the market conditions and decided to make necessary changes. If your recruitment process is protracted, disorganized, all-over-the-place, chaotic, slow, outdated, etc., you’re gonna lose out in the talent war. Instead of bellyaching about things and refusing to change, it’s better to accept reality as it is and decide how to deal with it moving forward.

As I wrote before, we have to look at both sides of this. The BBC published an article about both workers and employers going ghost: https://www.bbc.com/worklife/article/20220311-why-workers-and-employers-are-ghosting-each-other. From said article:

“Laura had been ghosted. Rather than sending her a formal rejection or an explanation of what had happened, her potential employer ignored her. It’s a practice that’s common in the recruitment process; one recent study of 1,500 global workers found that 75% of jobseekers have been ghosted by a company after a job interview. Employers openly acknowledge that they do it; only 27% of US employers surveyed by job listings site Indeed said they hadn’t ghosted a candidate in the past year.

But it’s not just companies. Right now, employees are ghosting back – and potentially in higher numbers than ever before. In the same 2021 Indeed survey, 28% of workers said that they’d ghosted an employer – compared to 19% two years before. The phenomenon seems to be happening at all stages of the recruitment process. While some employers reported that candidates cut off communications following an initial phone screening, a quarter said new hires had ‘no-showed’ on their first day at work.”

Also from the BBC article:

“The process can, therefore, feel increasingly transactional. And, in the current buoyant job market, applicants may well be swamped, too.” (emphasis mine)

To me, this hits the nail on the head. Work IS more transactional and transitory than it was in the past. It can also happen in a variety of places with a wider variety of options. This was happening in the global gig economy even before Covid happened. We can either cry in our coffee or try to pretend it isn’t happening. Or I suppose you can publish a job description with all-caps that sounds hostile. But I think the best option is to face the changes head-on and decide how to navigate the choppy waters.