Posted at 22:35h in Uncategorized by Sara Causey 0 Comments 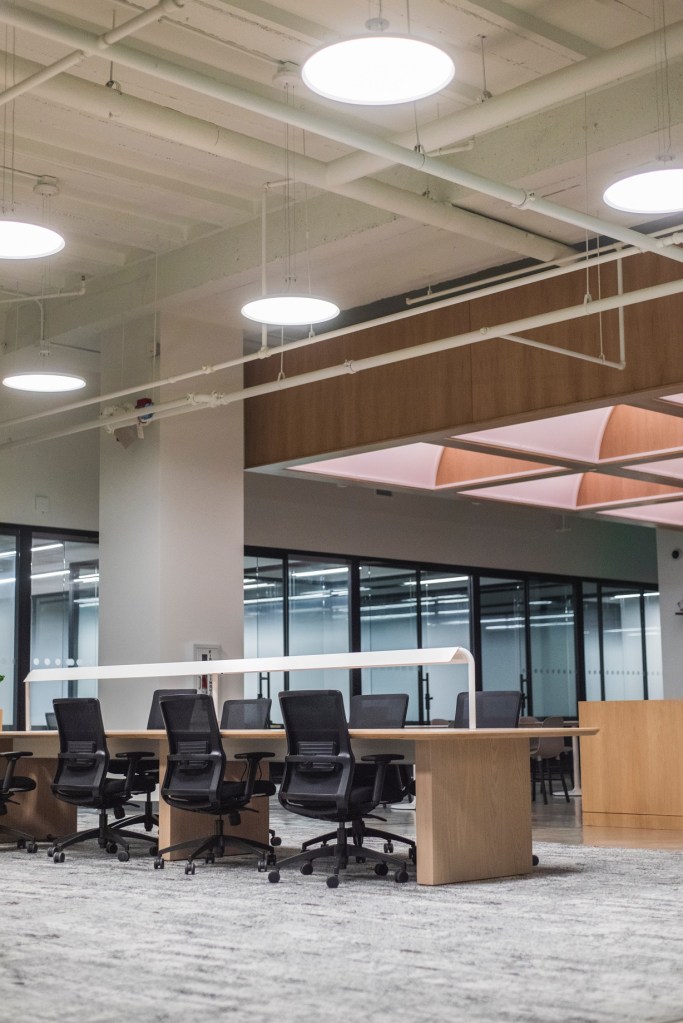 Photo by Jose Losada on Unsplash

According to the CEO of Airbnb, the office is over.

“Airbnb CEO Brian Chesky is on a crusade to change the way we think about work. Shortly after announcing the company’s employees can work from anywhere — without taking a pay cut — he’s challenging the necessity of in-person work itself. ‘I think that the office as we know it, is over,’ he told Time. ‘We can’t try to hold on to 2019 any more than 1950.’ Chesky went on to flout remote work as a powerful recruiting tool and predicted that companies would shift to only requiring employees to meet up once per quarter.” -Laura Entis, https://www.linkedin.com/news/story/airbnb-ceo-the-office-is-over-5329972/

It’s good that he compares hanging on to 2019 as the same as hanging on to 1950. Umm, yeah. Those of us involved in staffing, recruiting, or HR have been trying to convince stubborn hiring managers of that reality for a while. Do most people wanna “come on back to the office” and sit in the Cube Farm under florescent lighting? Nope.

The LI article references another from Business Insider, which you can find here: https://www.businessinsider.com/airbnb-ceo-brian-chesky-office-anachronistic-from-pre-digital-age-2022-5. Is the office a relic from a bygone time? Yes, I think so. Brian also asks a philosophical question that I wish others would have the courage to ask:

“He continued: ‘If the office didn’t exist, I like to ask, would we invent it? And if we invented it, what would it be invented for? Obviously, people are going to still go to hospitals and work, people are going to still go to coffee shops and work — those spaces make complete sense. But I think that for somebody whose job is on a laptop, the question is, well, what is an office meant to do?'”

Would we invent it? I can’t imagine why we would. What reason would there be? You know, other than inventing it for bosses who want to surveil employees and who get their jollies by watching people be butt-in-seat? Sadly, at some companies, an office is meant to function as a digital panopticon and little more. You are expected to engage in “team building activities” and toe the line. Yuck.

Also from the BI article:

“Chesky said that shortly after announcing that Airbnb would go fully remote, the company’s careers page received more than 800,000 views.

In January, Chesky said he was ‘living on Airbnb,’ working from various cities across the US. In his Time interview on Sunday, he acknowledged there would still be some need for offices, but he concluded that ‘the office has to do something a home can’t do.'”

The swift uptick in views should communicate a clear message that many people like fully remote. Not hybrid. Not full-time office. But fully remote. My question in return would be, “So… if the office has to do something a home can’t do (or wherever else a person is working from), what exactly would that be?” In reading through the BI article, I don’t see where he offers a clear answer to that question. He says people who go to an office will do so for “collaboration spaces,” but that is so vague, it’s difficult to imagine what that would look like. I mean, with gas being so expensive, why TF would you drive to an office to have an in-person meeting that could have happened virtually, especially if you have to take the kids to daycare and pay for that as well. Also, some people are dealing with long Covid or they have compromised immune systems and the idea of being in close quarters for no real reason isn’t very appealing.

I mostly agree with his assessment about the hybrid work model, which IMHO, seems to be the worst of both worlds rather than the best:

Again, I would ask what kind of events actually need to happen during those gatherings. At the least, I think it would be wise to make those gatherings optional for in-person attendance. As Brian says in the article, when you hire 100% remote, you can increase diversity and cast a wider net across the country or even the world. But then six months later if you wanna have an in-person cowpoke round-up, is it fair to ask someone who lives 600 miles away to get on a plane and come to an office space or an arena of some kind for a big in-person meet-up? I don’t think so. I think the LulaRich documentary did a great job of shining a light on how creepy some of those big, all-hands-on-deck meetings can become.

In my mind, whether we are talking about a brick-and-mortar office where you are expected to be butt-in-seat each day (or every other day) or we’re talking about some weeklong get-together where everyone wears corporate t-shirts and sings the company song, the question clearly and loudly needs to be asked: WHY WOULD WE DO THIS?