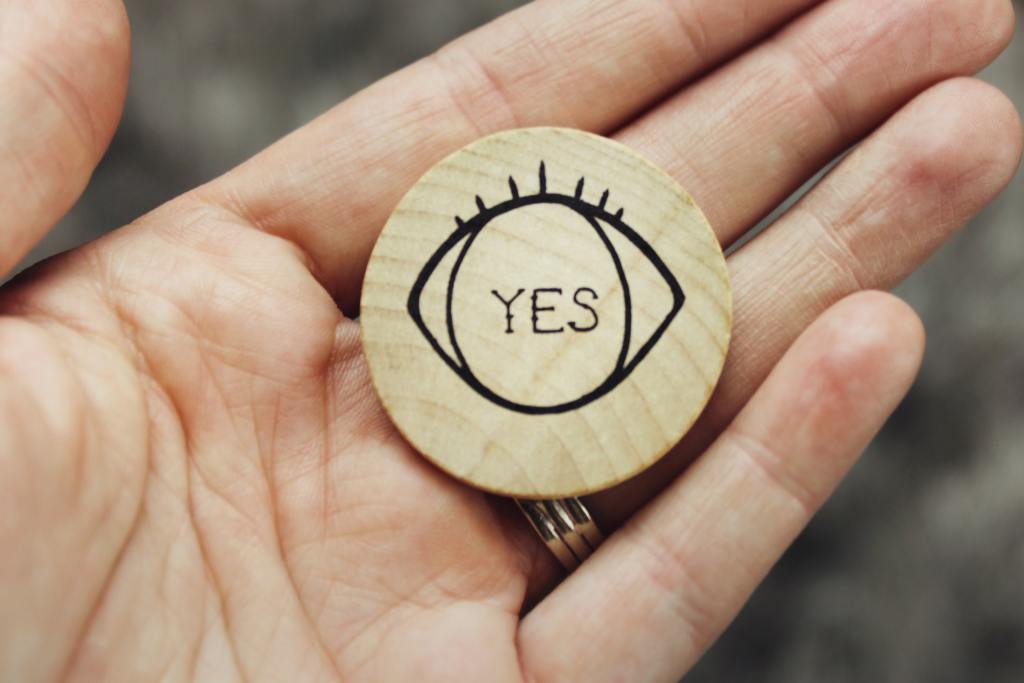 Photo by Jen Theodore on Unsplash

I have to say the growing backlash against video conferencing platforms is really great. I am thoroughly delighted by it and I make no apologies for that.

Recently, LinkedIn caught up to a reality that many others already know: “It’s official: Zoom kills creativity.” (https://www.linkedin.com/news/story/its-official-zoom-kills-creativity-5836970/). In the blurb, editor Cate Chapman writes:

“Videoconference calls may be stifling our creativity. As more employees work from home, the challenges associated with remote communication are becoming clearer, according to research from ‘Nature.’ A study of more than 600 people working in pairs showed that in-person meetings generated more and fresher ideas. Virtual calls, in which people tend to focus on one another’s faces and move around less, produced fewer ideas but didn’t interfere with choosing which ones to pursue. The study notes that while videoconferencing saves travel and other costs, bosses need to be ‘smarter’ about which meetings to make virtual.”

I have no doubt that incessant video chats are stifling creativity. Where this gets into the territory of corporate propaganda, in my opinion, is the idea that in-person meetings are best. That sounds a lot like “come on back to the office” twaddle to me. It’s almost like saying, “OK, well, if we can’t surveil you via Zoom, then you’ll have to come back and be ‘butt-in-seat’ at the Cube Farm.” Umm, how about neither option, plz.

Some people feel very uncomfortable on video all day. Or on being forced to “hop on a Zoom call” that 100% could have been an email instead. It’s ridiculous. To me, the intersection of both the Zoom calls and the in-person Cube Farm meetings is not only that it’s more about surveillance than engagement, it’s also a promotion of group-think. ONE OF US. ONE OF US. If you’re able to take time to clear your head and think up a strategy that’s of your own making and then bring it to the table, the exchange of ideas will have more diversity of thought. Whereas if everyone is herded onto a Zoom call with a sea of faces on the screen, the loudest extrovert often wins the day. And that person is very often an extroverted male:

The LinkedIn article references another one from Axios: https://www.axios.com/virtual-meetings-zoom-creativity-f11bb8dc-c8ef-476b-9899-3eac165faf2e.html

And to be fair, the study they cite is a little weird:

“Zoom in: In a laboratory study that started before the pandemic, more than 600 people worked in pairs in person or virtually for five minutes to come up with ideas for how to creatively use bubble wrap or a Frisbee.”

I’m not sure how many large, sweeping business decisions I would want to make based on an experiment about bubble wrap or Frisbees. 😒 Also: the study was started before the pandemic and presumably before the huge shift to remote work. I wonder why that would be. Why would someone want to study this idea of in-person versus remote work before Covid? Hmm. Just ponder that on your own for a while.

The summary at the end reads: “The bottom line: ‘Bosses need to be smarter about how we schedule meetings,’ Bailenson says.”

In the early days of this business, I spent some $ on a time and motion study. In other words: how can I maximize my time? How can I best eliminate silly nonsense and redundancy to be as productive as possible? It became very clear that tasks like “quick touch-ins,” Zoom calls, “let’s hop on a quick call,” “let’s have a ‘touch base’ every X morning,” were huge time drains. Not only that, but those “quick” calls were never fast and they honestly never accomplished anything that couldn’t have been solved via email. Never. Not a single time.

I would actually argue that video chats put a damper on creativity and innovation because:

-They allow for discrimination. (https://causeyconsultingllc.com/2022/04/18/engagement-or-surveillance/)

-People are more focused on being filmed than on thinking about the topic at hand. And that can be totally exhausting. (https://stylecaster.com/zoom-self-esteem/)

-People want to get the meeting over with because they don’t want to be there. (https://www.fastcompany.com/90572111/how-to-fight-the-groupthink-that-happens-when-we-work-virtually#:~:text=It%20turns%20out%20that%20digital,just%20get%20it%20over%20with.)

This person’s response is classic: 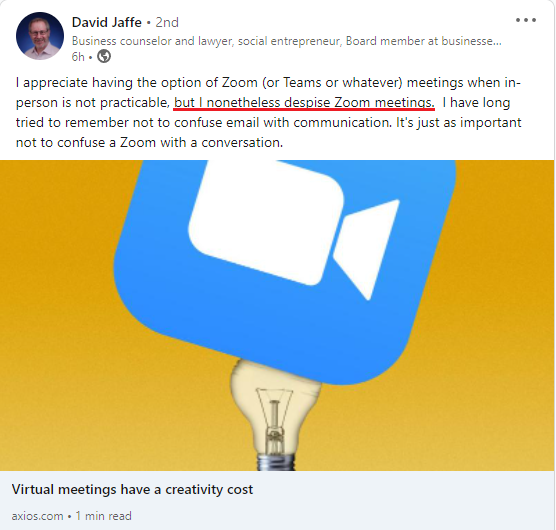 That seems to hit the nail on the head. Even people who say, “Yes, OK, I’ll deal with video conferencing when in-person is not available,” don’t have a deep-seated love for Zoom chats.

I’m bold enough to say, “I’ll pass on all of the above. We can hash things out by phone and/or email and that’ll have to be good enough.” There’s nothing business-related I feel we need to talk about either sitting down in-person or by a Zoom video call.