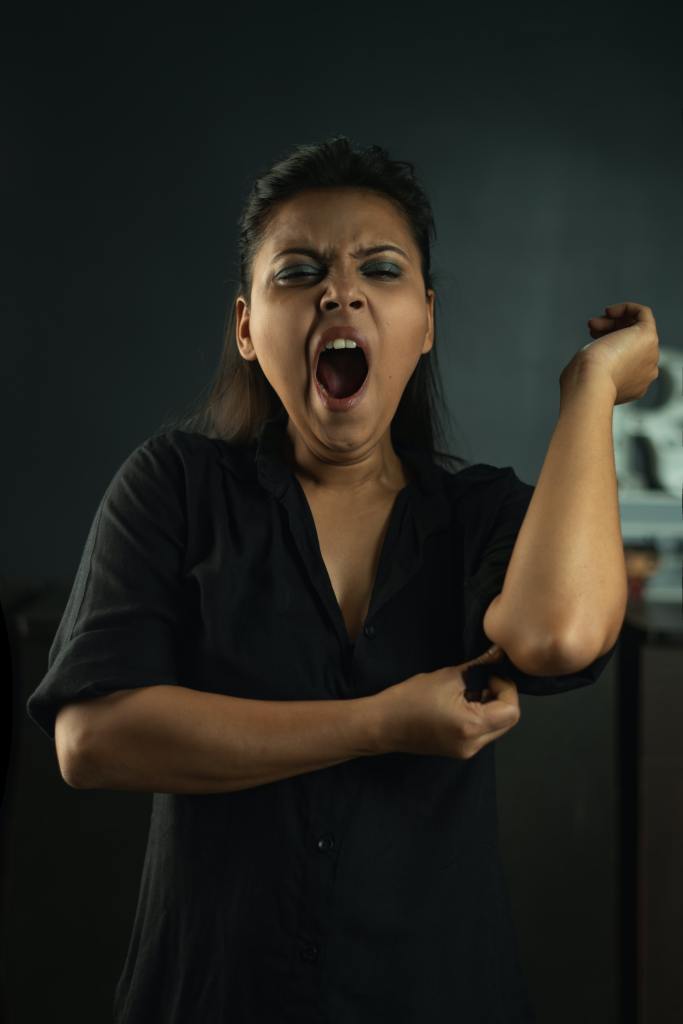 According to LinkedIn, “Female employees have had enough.” (https://www.linkedin.com/news/story/female-employees-have-had-enough-5317980/) In the blurb, editor Cate Chapman writes:

“Women report feeling more stressed than a year ago, with more than half of 5,000 surveyed by Deloitte saying that they intend to quit their jobs within two years. One in three report having taken time off for mental health reasons. Women in ethnic minorities, those aged 18-25 and those in middle management or part-time roles were the most likely to be looking for new jobs. Those in hybrid roles said they felt excluded when it came to promotions. Just 10% of the women polled across 10 countries said they plan to stay with their current employer for more than five years.”

I had the pleasure of being featured recently in Breezy HR’s article, “Women at Work: 23 Experts on What Employers Should Stop, Keep and Start Doing to Make Work a Better Place for Women.” (https://breezy.hr/blog/women-in-the-workplace) As is often the case, some of my interview was left on the cutting room floor. Here are some of the nuggets you didn’t get to read:

Employers should stop relying only on the opinions and experiences of male executives in their initiatives to make the workplace better for women. Actually including WOMEN in the conversations around the language and landscape of work is incredibly important. “Mansplaining” to women about how a company’s initiatives are great for them is completely tone-deaf and insensitive.

Keep ensuring that DEI hiring is a priority. Everyone wins when the workplace is truly equitable AND when it represents a broad spectrum of ideas. There’s nothing worse than cult-like groupthink in a company.

Statistics have shown that the Covid-19 pandemic has disproportionately impacted women and this needs to be addressed. Employers should start allowing for a more flexible schedule, better parental leave, and an awareness that work is not necessarily occurring during the traditional 8 to 5 business hours anymore. If the company states that they have unlimited PTO, then they need to allow employees to actually utilize that PTO when needed. Perks that come with penalties aren’t really perks! There should also be a focus on output rather than process. If an employee is meeting deadlines and turning in great work, they should have a high degree of flexibility.

Maybe “cult-like groupthink” is still too hot for TV these days LOL.

In a recent Forbes article, Kim Elsesser discusses the “exhaustion gap.” (https://www.forbes.com/sites/kimelsesser/2022/03/14/women-are-suffering-from-an-exhaustion-gap-according-to-new-study/?sh=7cd4960637b3) To one of my points above, Elsesser writes:

“The pandemic seems to have exacerbated the burnout symptoms for women. Women reported more exhaustion and less motivation than their male counterparts. And twice as many women as men reported feeling more isolated since the pandemic. President of Berlin Cameron and one of the creators of the study, Jennifer DaSilva, says, ‘I just wanted to highlight that it’s okay for women to feel this way, and that there are things that can help to inspire you again.'”

Further down, Elsesser discusses what this can look like at home:

“The Berlin Cameron study also revealed a telling gender gap in contentment with the division of labor at home. Participants were asked to select one thing their spouse or partner could do to make them feel less stressed. The most common response for women was their spouse could ‘help around the house more.’ Men’s most common choice was ‘Nothing, I’m happy with the way things are.'”

I suspect they are happy with the way things are because they aren’t doing as much domestically. Not in every situation, obviously, but we are talking about the most common responses given. To kick it back really old school, I think of an episode of The Honeymooners titled “A Woman’s Work Is Never Done.” Ralph thinks a 9-to-5 job is more challenging than running a household but quickly learns he’s in over his head.

And that’s another point in and of itself: work is really not 9 to 5 anymore. Remote work can happen in a variety of times and places. Yet we still have people who espouse the “lean in” philosophy for women. Be Supermom! Work hard! Turn that Zoom camera on! Go to every PTA meeting! Make cookies for the bake sale! Oh and at the same time, you need to look polished and pulled together. 🙄

In Vox, a former lean in acolyte describes why she rejected the philosophy after wholeheartedly embracing it:

“Many people criticized Sandberg’s message as elitist and out of touch when the book came out. But I didn’t personally bump up against the limitations of her message until something in my life changed dramatically: I became a mom. I now believe that Lean In promoted a completely unrealistic portrait of what working motherhood is like. I knew being a working mom would be tough, but in Sandberg’s cult of hard work and personal responsibility, I thought it would be nothing I couldn’t handle. I could just lean in, or, as Sandberg specifically advised for working women thinking about having a baby: ‘Don’t leave till you leave,’ meaning you shouldn’t step back from work just because you anticipate becoming a mother.” -Katherine Goldstein, https://www.vox.com/first-person/2018/12/6/18128838/michelle-obama-lean-in-sheryl-sandberg (emphasis mine)

This reminds me of an article I quoted in “A Different Headline”:

“My apologies for yet another rabbit hole, but the MIT Sloan article quotes one from Jack and Suzy Welch that appeared in Business Week back in 2007. Even though that one is now 15 years old, it is quite telling:

‘Companies rarely promote people into leadership roles who haven’t been consistently seen and measured. It’s a familiarity thing, and it’s a trust thing. We’re not saying that the people who get promoted are stars during every ‘crucible’ moment at the office, but at least they’re present and accounted for. And their presence says: Work is my top priority. I’m committed to this company. I want to lead. And I can.'”
–https://causeyconsultingllc.com/2022/04/26/a-different-headline/

Be seen. Get measured. Make sure work is your top priority and you are committed!

“My feminist thinking about women and workplaces is now in pretty direct opposition to Sandberg’s Lean In message. I believe telling mothers to raise their hands and try harder in the open sea of hostility we face in the workplace is like handing a rubber ducky to someone hit by a tsunami. I think it also inadvertently encourages us to internalize our own discrimination, leading us to blame ourselves for getting passed over for raises, eased out of jobs, not getting called for job interviews, and being denied promotions.

I now believe the greatest lie of Lean In is its underlying message that most companies and bosses are ultimately benevolent, that hard work is rewarded, that if women shed the straitjacket of self-doubt, a meritocratic world awaits us. My own life, and my research and reporting, along with interacting with hundreds of mothers in the past two years, has convinced me this is untrue.” -Katherine Goldstein

If you need more proof of this, read my post “Thx, Wayne” about the discussions happening in Corporate America behind closed doors. (https://causeyconsultingllc.com/2022/04/22/thx-wayne/) I think the notion of the corporation as a generally benevolent entity who truly cares for you is a belief more so from my parents’ generation than mine. Having lived through so many corporate scandals and “too big to fail” nonsense, it’s a lie I don’t think younger generations can believe anymore.

Also: I don’t want to gloss over Goldstein’s point about internalizing discrimination. If you can be convinced that the solution to every problem is to work harder and swear more fealty to the company, that benefits them but not you.

“Cult leaders want people who will be obedient to them and their rules. They look for ways to ‘break’ people; they want people who will work hard and long hours for little or no pay. They want ‘willing’ slaves. Authoritarian religious cults often use members for labor trafficking. When the mind is controlled, a victim may appear happy and willing to suffer for the profit or benefit of the leader/group. For members, happiness comes from ‘good’ performance within the group, along with elitist thinking—believing they have the ‘truth’ or the the best way of life. But strict obedience is required. They are manipulated by fear and guilt and may be stuck, with no way out!” -Steven A Hassan PhD, https://www.psychologytoday.com/us/blog/freedom-mind/202106/understanding-cults-the-basics (emphasis mine)

Julia Martin, who was interviewed by NBC, sums it up well:

“I think there’s a lot of pressure on women to work like there’s no other consideration and a lot of pressure on them to make sure they’re spending quality time with their kids.”
–https://www.nbcnews.com/now/video/how-covid-burnout-in-the-workforce-is-impacting-women-138637381899

There are so many good points in that interview that I want to give it more space. But for now, I want you to look at Julia’s quote and then re-read what Jack and Suzy Welch wrote in Business Week:

“Companies rarely promote people into leadership roles who haven’t been consistently seen and measured. It’s a familiarity thing, and it’s a trust thing. We’re not saying that the people who get promoted are stars during every ‘crucible’ moment at the office, but at least they’re present and accounted for. And their presence says: Work is my top priority. I’m committed to this company. I want to lead. And I can.”

What do you notice?

*violently rubs face like Gordon Ramsay in a bad restaurant*

How could women not be burned out and exhausted?