Posted at 14:00h in Uncategorized by Sara Causey 4 Comments 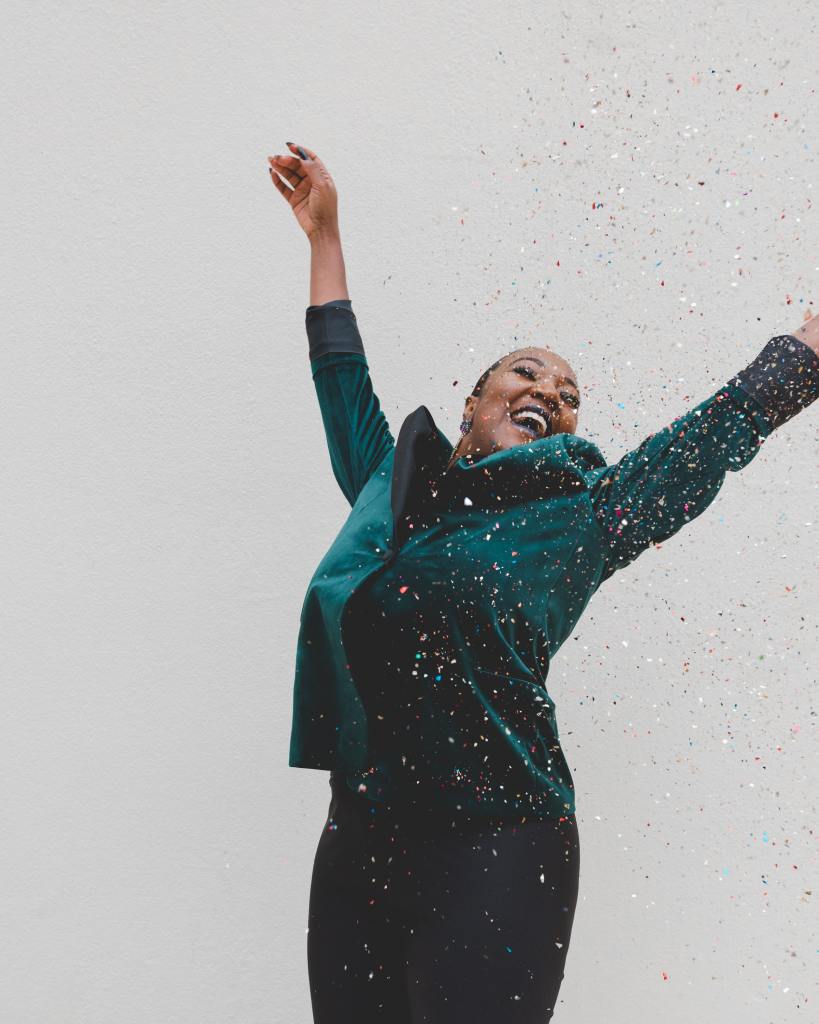 Photo by Clay Banks on Unsplash

In a recent viral LinkedIn post, there was a clear burst of common sense: 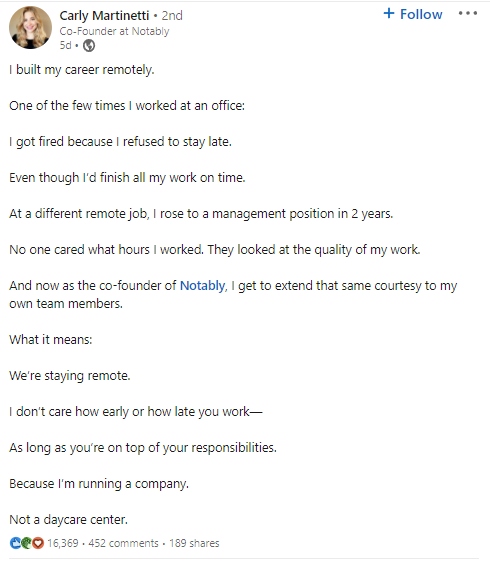 In some respects, it’s a little bit sad that we all have to applaud logic. I mean, shouldn’t businesses be striving to operate in a way that is both profitable AND sensible? And yet, here we are.

This gave me a flashback to a job I had where the term “A.I.S.” was used frequently and it stood for “a$$ in seat.” Because that’s where you were expected to be, even if everything was done and you’d met your quotas. There was another place I worked where the boss was trying to drum up interest in having “work late pizza parties” to require that we stay late one night every week and eat greasy pizzas. Fortunately, we all created a united front against that mess and her idea died. A friend of mine was fired from her job several years ago for refusing to stay late. Her child was at daycare and had to be picked up and the boss decided that “she just wasn’t committed enough to the job” and fired her. I mean… WTF. I’ve said this before, but it bears repeating: no wonder there’s been a Great Resignation.

This topic of evaluating the results and the quality of the work rather than the hours or the setting is one of the things I talked about on the Mentally Unscripted podcast when I was a guest. These businesses that are still hung up on A.I.S. or did you take a bathroom break that was too long or why don’t you want to RTO and have pizza parties with us are going to lose out. I don’t see any way around that.

I only work with clients who have this same attitude. It should not matter to anyone if I am working at 12am or 12pm, so long as the deliverables are done on time and on/under budget. Adults want to be treated as… wait for it… drumroll, please… ADULTS! If you are freelancing or you own your own business, be careful about letting clients in who will treat you like a servant, second-class citizen, small child, etc. If you escaped a controlling environment in Corporate America, you can unintentionally re-create the Hell you sought to leave if you choose to work with clients like that.

One of the responses to Carly’s post replied that he had a boss who accused him of leaving early each day and when he pointed out that he left at 5pm, which was not “leaving early,” the boss told him that leaving at 5pm sharp was basically the same thing. This too gave me a bad flashback to a job I had in graduate school. I was enrolled in my master’s program full-time and working a full-time job simultaneously. Looking back, I’m not sure how I did it, but I pulled it off. And I had a boss who told me almost the same thing. She informed me that she really thought it was “tacky” that as soon as my shift ended, I quickly packed up my things and left. I reminded her that I often had to go to class after work, but she still wanted to make it clear that, in her opinion, it communicated to everyone else that I didn’t really want to be there. That exchange gave me a keen insight into the pageantry and theater of Corporate America. So much of it is pantomime and play-acting when you boil it down. When Brando said that everyone acts, he was right on target. IMO, I think the pantomime is something that C-Suite execs miss and why they want people to “come on back to the office.” They miss the theater, the play-pretend, the mise-en-scène of work. They don’t have to actively participate in it themselves– they enjoy it vicariously: watch the worker bees file in each morning, make sure they smile and act friendly to management, put them through heinous “team building” exercises that don’t actually foster any loyalty, etc. Just food for thought.

So, again, it seems a bit sad that we have to applaud common sense, but I’m grateful a company co-founder is willing to speak up publicly and advocate for rational behavior.