Posted at 05:00h in Uncategorized by Sara Causey 0 Comments 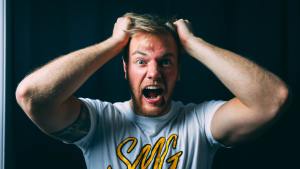 Photo by Ryan Snaadt on Unsplash

Oh boy. Another horror story of surveillance and punishments. Yeesh.

As many of you know, I have written and spoke a lot about what I call the Digital Panopticon, i.e., companies creating an environment where you can be surveilled at any moment. This can be logging keystrokes, taking screenshots every 10 seconds, filming you, asking you to appear on video 20x a week, etc. Because, after all, Corporate America just has to be sure they are squeezing blood from a stone. 🙄

About a week ago, news broke about a company that experienced a huge exit and employees were not shy about saying why they left.

This article appeared on The Real Deal and it discusses CoStar, a real estate data firm, and why so many people left. You can find the article here: https://therealdeal.com/2022/02/22/employee-surveillance-humiliation-and-exodus-at-costar/

“CoStar is doing damage control but is unapologetic after 29 current and former employees accused the company of authoritarian practices, according to Insider. Accusations range from firings for minor offenses to dressings-down in company meetings.

An employee with knowledge of the statistics told Insider that roughly 37 percent of the company’s 4,200-person workforce left in 2021, more than 1,500 workers in all. About 75 percent of those who departed did so on their own volition, according to the employee.”

First off, good for the people who left and decided this was not the environment for them. Secondly, kudos to Insider for rightly using the label “authoritarian.” I’ve used this comparison before and it seems to continue being an apt one: if you are running your company as though it is the HMS Bounty and you are Captain Bligh, people are not gonna put up with it. PLEASE STAHP IT. And by the way, if you’ve never seen the film, I recommend the 1962 version. Trevor Howard’s portrayal of Bligh is excellent, in my opinion. There is a scene when Fletcher Christian calls out Bligh’s extreme punishments and he replies, “Now don’t mistake me. I’m not advising cruelty or brutality with no purpose. My point is that cruelty with purpose is not cruelty – it’s efficiency. Then a man will never disobey once he’s watched his mate’s backbone laid bare. He’ll see the flesh jump, hear the whistle of the whip for the rest of his life.”

If that is how you are running your company, you don’t deserve to be in business anymore.

This event certainly harkens back to the Better.com firing that took place on, what else, a Zoom call.

A little further down in the article, a spokesperson asserts that The Great Resignation is coming to an end. That doesn’t match any data that I’ve seen recently, so I wonder where that assertion is coming from…?

“Our turnover rate over the past few years has been typical and now that the ‘great American resignation’ is ebbing, our turnover rate is trending down,’ CoStar said in a statement.

One terminated employee started an Instagram account that shares memes and posts from anonymous employees. A spokesperson for the company called him ‘disgruntled.'”

“Managers were also reportedly tasked with keeping internal reports that recorded the activities of employees, from phone calls to database access. One researcher reportedly got in trouble after returning two minutes late from a 15-minute break.”

“‘We will not apologize for these standards, nor will we compromise them to accommodate a vocal few who decide that this level of expectation is not for them,’ CoStar said in a defiant statement.”

In a similar article published by The Commercial Observer, which you can find here: https://commercialobserver.com/2022/02/costar-employees-claiming-surveillance-of-work-from-home-conduct/

author Mark Hallum writes, “Commercial real estate data giant CoStar Group has a mutiny on its hands as 29 former and current employees have accused the company of surveilling workers toiling away in the comfort of their own homes during the pandemic, leading to a mass exodus at the firm, Insider reported. Managers and IT workers told Insider they were asked to keep tabs on how employees dress over video conferencing, whether or not they enabled their cameras and tried to determine whether or not employees were at their desks during work hours.”

I think mutiny is an excellent word for it, especially if a company is going to fashion itself like Captain Bligh.

So here we are, hot on the heels of an article about how your best employee is probably in sweatpants and why psychological safety is so important in the workplace, and now we’re hearing about another Digital Panopticon. And a lack of apology for it! If the statistics are accurate and 37% of their people left, that’s not a tiny group of 3 or 4 people who didn’t agree with the policy while most others did.

Something else I want you to take note of from the Commercial Observer article:

“CoStar also told Insider that its turnover was typical of any company during the Great Resignation, which NPR defines as a period when up to 33 million Americans willingly left their jobs in 2021, and is currently refilling its ranks.” (emphasis mine)

A word of warning from me to you: if you have a company’s technology in your house, assume they are using it for surveillance. Even if they aren’t, assume they are. Do not undress in front of the camera or leave it in a sensitive area of your home. Do all companies really commit Draconian surveillance or perform test calls to see how long it takes you to answer? Probably not, but you still need to stay alert.

For those of you reading this who may be hiring:

For freelancers and workers: