Are You… a Flake?

Posted at 12:15h in Uncategorized by Sara Causey 0 Comments 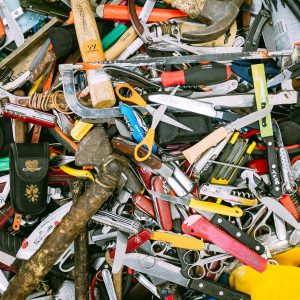 Be honest: are you a flaky person?

Recently, I read an article that flaky people tend to be “yes” people. They commit to things whether or not they actually intend on following through:

“I know what you’re thinking: But if they’re ‘yes’ people, why do they eventually blow me off anyway? Isn’t that the same thing as an eventual ‘no?’ Here’s the thing: Psychologists generally agree that if someone is a ‘yes’ person, it doesn’t necessarily mean they’ll follow through on what they’re agreeing to, whether it’s a social outing or a work-related task. Basically, ‘yes’ people tend to feel pressured to say ‘yes’ in the moment to avoid conflict or awkwardness; then they mean to figure out how to make that ‘yes’ work later on, when they’re not under quite as much stress.”

Like it or not, there are flakes and ghosts in the business world. One of the protection mechanisms I build in is one “get out of jail free” card only, i.e., I don’t allow someone to repetitively schedule and cancel and reschedule and cancel and so on. It’s actually one of the reasons why I don’t give away free intro calls anymore: when people have spent money on a consultation, I find they are more likely to show up on time and ready to put the work in. Inviting every Tom, Dick, and Harry to your calendar and giving your time away for free invites flakes, ghosts, and… well… lazy people who like to make excuses. Does that sound harsh? Maybe, but I can’t coach or develop people who like to flake out, make excuses, or who allow a slight inconvenience in life to hold them back. 🤷‍♀️

From the same Bustle article:

“Flaky people can also be perfectionists, in that if they say ‘yes’ to something and it doesn’t go according to plan, or they don’t think they make it perfect, they flake at the last second to avoid making a mistake or letting someone down.”

Sometimes in life, opportunity only knocks once. And when that window has closed, it doesn’t come around again, which means it is important not to miss out on something because you didn’t feel it was perfect. (There’s no such thing as perfect anyway.)

I think of it as having messy energy. I think we’ve all had a friend who kept a cluttered house, turned the car into a rolling trash can, pulled on rumpled clothes, and may or may not show up to an event. I learned (the hard way) that those are not people I invite into my coaching practice because it becomes a headache to deliver the service and the messy energy ALWAYS shows up in multiple places.

“Well, I want to be a rocket scientist, a zookeeper, a soap maker, an executive chef, and a game show host.”

“I don’t do P&Ls. I have no idea if my business is actually profitable or not.”

“I want to improve my business, but I don’t wanna do any of that mindset stuff.”

“All of my employees are awful. I always hire people who sound good in the interview and then disappoint me once they’re hired.”

The first step in decluttering messy energy is to acknowledge it’s there. Removing a sense of denial allows you to begin the process of making real change.