What’s In Your Head?

Posted at 14:38h in Uncategorized by Sara Causey 0 Comments 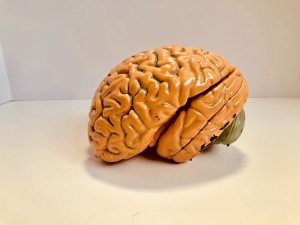 Sometimes in life, we give away valuable real estate in our head to people, places, and things that don’t deserve to be up there. We rehash mistakes (or perceived mistakes) over and over and allow a negative thought loop to take hold. Ruminative thinking is a dangerous game. It’s been shown to exacerbate anxiety and depression and it doesn’t actually solve any problems.

Things that don’t help you in life:

Some people think that if you forgive a person who mistreated you, it’s the same as saying what the person did doesn’t matter or that it wasn’t wrong. That isn’t true. Forgiveness– whether it’s you forgiving yourself or someone else– is a gift you give to yourself. Ironically, we often more readily forgive someone else than ourselves! We hang on to negative self-talk and replay embarrassing scenarios ad nauseam in our minds.

I very much like the analogy from Buddhaghosa, which you’ve probably heard before. In speaking about hanging on to anger and bearing grudges, he said:

“By doing this you are like a man who wants to hit another and picks up a burning ember or excrement in his hand and so first burns himself or makes himself stink.”