It’s Not Your Job To Be Everyone’s Pal 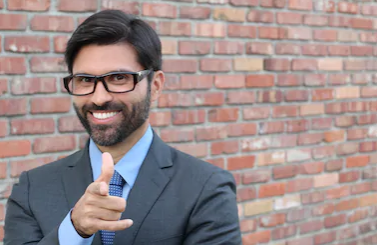 Posted at 14:02h in Uncategorized by Sara Causey 0 Comments

Recently, I had a consultation call with Dave. (Not his real name.) It became very clear that Dave’s goal with every prospect was to become that person’s friend. The phrase “people only buy from people they like” had been drilled into Dave’s head and he believed he had to bro-down and act a bit subservient to every client or prospect. Dave owns a small staffing firm and also wanted to be seen by his employees as a pal rather than “the boss.” Dave had a delivery service that brought things like office supplies, coffee, paper towels, etc., to the office each week. (Before the pandemic, just to be clear on that.) Once, they screwed up his order and instead of calling the company to let them know, he just kept the wrong products because he “didn’t want to make any waves.”

The one rule Dave maintained among the staff was that everyone else also had to buddy up to prospects. He employed two recruiters and one full-time business development rep and they each had corporate credit cards, which they were expected to use on what I call “schmooze trips.” Things like: meals, coffee meetings, bringing donuts or bagels to an office, candy, goofy tchotchkes, etc. Free food or gifts that amount to bribery: “Oh please, Mr. Prospect. I stopped at the donut shop and fought morning rush hour traffic to be here on your doorstep with hot coffee and fresh food at 7:55am. Please do business with me. Please give me some job orders now that I did this for you!”

When we talked, Dave expressed frustration that he was carrying a large amount of debt on his business and he did not see things improving in the near future. Who can be surprised by that? Sometimes we can’t see the forest for the trees and we truly need a coach or consultant to step in and point out where things are going wrong. In Dave’s business model, I imagine it’s clear where the train is leaving the tracks.

It’s not your job to be everyone’s friend.

Prospects, clients, candidates, employees, etc. You are not in business to be everyone’s pal. Many times employees who perceive the company owner to be a pushover or a doormat will not respect the organization and take as many opportunities to screw off as possible. Certainly you degrade yourself and scream “low value” to the market when you attempt to bribe people into doing business with you. To be clear, I’m not proposing you need to be a tyrant. No one likes that either. But wasting hundreds of dollars every month on cheap ink pens, BS lunches, and morning meetings at Starbucks is ridiculous. A couple of illustrations here:

I once worked at a company that had a similar structure to Dave’s. I recall a time when I had to deliver the saddest gift baskets I think I’ve ever seen. All of the ingredients had been procured at the Dollar Tree and there was a flyer inside each basket that someone in the office had printed out on the cheap and half the ink was smeared. I felt embarrassed to walk into offices and hand those baskets out. A couple of people asked, “What even is this junk?” LOL

A former colleague used to LOVE random, pointless bribery meetings. He was highly extroverted and enthralled with the sound of his own voice anyway, so I am sure the whole concept of meeting people for coffee on someone else’s dime was amazing. He would get so excited and come back to the office all pumped up. He couldn’t wait to tell everyone how awesome his coffee meetings were. (Plus drinking all that caffeine day after day made him like a hamster on speed.) But he never came back with anything. Nothing. Nada. Zip. No job orders, no candidates, no resumes, nothing. This may have been thrilling for him, but the business owner was paying a lot of money for nonsense that went nowhere.

Sounding/Behaving like everyone else = low prices, lack of respect.

I enjoy buying things online from Amazon and Ebay. No one has had to show up on my doorstep with free food to convince me to do it. For professional services, I have used Upwork and Fiverr to hire freelancers for various tasks I wanted to outsource. Again, no one had to show up with free crap to persuade me to do it. I’m using large, well-known companies here, but the point is applicable even to small businesses or a solopreneur. Ambushing someone with coffee and donuts so that you can beg for their business is old-fashioned, out-of-date, and screams of desperation. Sure, they’ll take the food from you and enjoy eating it and then toss your business card and glossy folder of promotional materials right in the trash. It’s true over the phone as well. Think about a time when some telemarketer called you and tried to be overly familiar. Did you like it? A guy called me a couple of days ago peddling IT services. His approach soured me from the get-go. “Hey there. *long random pause* My name is Tom from ABCIT. Say. I could really use your help with something here. Who in your company handles the IT services? It’d really help me out if you’d give me their name and number.” 🙄

Remember the part in Rocky III when Paulie wants a handout? “Nobody owes nobody nothin’. You owe yourself. Friends don’t owe! They do because they wanna do.” I don’t owe it to Tom at ABCIT to get into an unwanted dialogue about how I manage my IT. The people Dave was buying lunches for or delivering bagels to do not owe him anything either. There is no law of the universe that says: “if I buy you some free food, you must give me a job order in return.”

Technology has changed the game.

Back in the late 90s/early 00s, the mantra of “you gotta distinguish yourself, you gotta show how you are different from the others” was everywhere. Then it morphed into relationship-driven selling. I’m sure you have been told before not to sell transactionally and instead to focus on building a business relationship. Yet some part of you realizes that technology has changed the game. Technology has given people many avenues of getting what they want with little or no human interaction at all! People don’t like the daily barrage of robodials, scam calls, scam emails, a-holes who ask to connect on LinkedIn and then immediately hit you with a sales pitch, etc. Are there people who are fantastic at cold calling? Yes. Are there people who craft awesome emails with great sales copy that actually get read? Yes. I’m going to make a potentially unpopular statement here: the odds are low that you will make the kind of money you want to by blowing up the phones with cold calls or sending out sales emails all day. Likewise, if you beg for business by showing up with gifts, you may as well give up. Thanks to technology, prospects no longer have to deal with some cheeseball over the phone if they don’t want to. The buddy-buddy, “people only buy from you when they like you” stuff is from a bygone era. We can pay to have basically anything delivered now so we don’t even need to physically go into stores anymore if we don’t want to! Amazon has drones that can fly packages to you. The “hey old buddy, old pal” salesman who can’t learn new tactics is doomed.

Are you stuck in the past? Scared of approaching sales or management from a place of authority rather than friendship? Let’s talk about it.